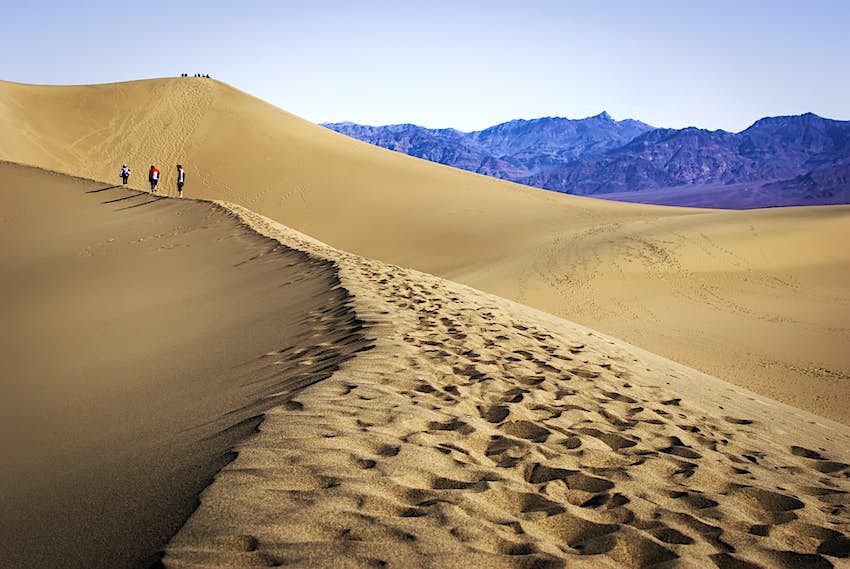 California's Death Valley National Park has partially reopened this weekend after devastating flooding forced it to close earlier this month. Many popular sites are now open to visitors, but some roads remain off-limits while repair work continues.

Two weeks after historic flooding caused millions of dollars in damage to park infrastructure, Death Valley National Park reopened some of its most-visited attractions to the public on Saturday (August 20).

What attractions have reopened in Death Valley?

Access to the park has reopened through State Route 190 and Panamint Valley Road, but park officials warn that people should expect delays over the coming weeks amid ongoing road closures. Visitors are asked to not rely on GPS as traffic has been rerouted in some areas.

"We're eager to welcome summer visitors back to Death Valley's most popular sites, but at the same time, we want to caution folks that many roads in the park will remain closed for months during repair work," Mike Reynolds, the park superintendent, said in a statement.

Backcountry roads are still being assessed, and the public should be aware of  "hazardous conditions, including missing shoulders, steep drop-offs, and impassable areas on backcountry roads," the Park Service said.

Popular sites like Badwater Basin, Dantes View, Golden Canyon, and Devils Golf Course were due to open on Saturday, but officials warn that the first 17 miles of Badwater Road are closed after two storms "wreaked havoc" on the road last week. The route should reopen in the coming days.

The park's historic Inn at Death Valley is closed until further notice while staff continues to repair flood damage.

"This August has really shown Death Valley as a land of extremes as we’ve experienced record-setting rain and monsoons," Reynolds said.

The park was forced to close on August 5 after record-setting rainfall and historic flash-flooding left a wave of wreckage, burying cars under mud and debris and leaving hundreds of visitors and staff temporarily stranded after roads were shut down.

Death Valley, which holds the record for the hottest temperature on the planet, recorded 1.7 inches (4.3cm) of rainfall on August 5 in the blistering Furnace Creek area. That's "nearly an entire year's worth of rain in one morning," according to the NPS, who say the park's average annual rainfall is 1.9 inches (4.8cm).

Videos posted on social media showed water rapidly rushing through the park and roadways and cars buried under mud and debris. Some photographs showed boulders and palm trees upturned and broken asphalt on the roads. Many facilities were flooded, including hotel rooms and business offices.

Remarkably, no one was reported injured, and everyone could travel safely out of the park on the damaged roads that same weekend after emergency crews cleared a pathway through rocks and mud. A vast cleanup operation followed.

According to NPS, flash floods and monsoonal rains are a natural part of Death Valley's weather system and occur in the park almost yearly. However, the floods which forced the park to close on August 5 were an extremely rare weather event with unprecedented levels of rainfall, more than has ever been recorded there for the entire month of August.

"The heavy rain that caused the devastating flooding at Death Valley was an extremely rare, 1000-year event," National Weather Service Las Vegas meteorologist Daniel Berc said, explaining that there's only a 0.1% chance of it occurring in any given year.

While further rainfall is expected, no monsoonal rain is on the cards. Regardless, visitors have been advised to check the conditions ahead of travel on the NPS website.

"Death Valley is an incredible place of extremes," said park superintendent Mike Reynolds in an NPS statement. "It is the hottest place in the world and the driest place in North America. [August's] 1,000-year flood is another example of this extreme environment. With climate change models predicting more frequent and more intense storms, this is a place where you can see climate change in action."