10 good news stories that lifted our spirits in 2020 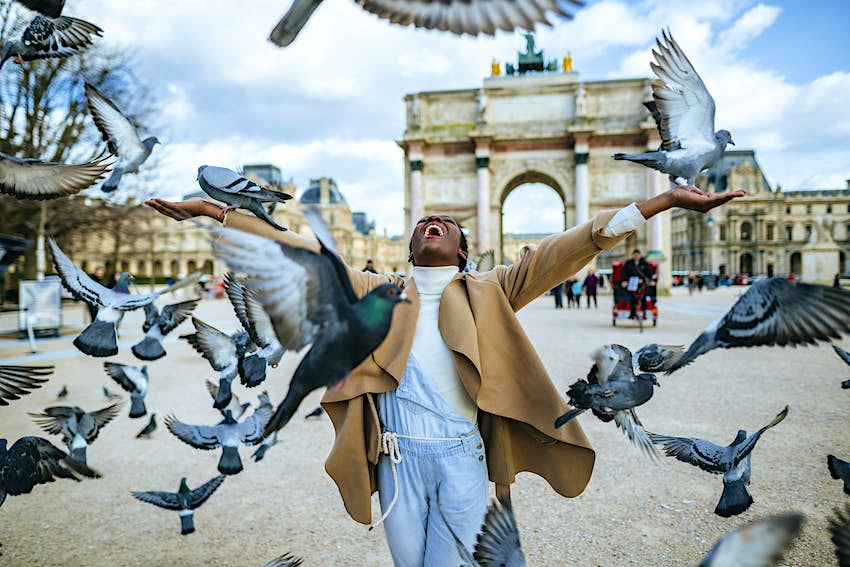 2020 has been a challenge, but there has been plenty of good news to see us through to the new year © Westend61 / Getty Images

Let’s be honest, 2020 has been a real struggle. But there’s something about a year of downs that makes the ups even more important somehow, making us truly value good news when it does indeed arrive. That’s why we rounded up 10 positive stories from the past year that have lifted our spirits and kept us inspired. Here’s our top picks.

The announcement that Uganda’s mountain gorilla population has experienced a baby boom this year was certainly a cause for celebration at a time when climate change and habitat loss have badly affected animals around the world. Back in September the Uganda Wildlife Authority (UWA) reported seven baby gorilla births, five of which arrived at Bwindi Impenetrable National Park, with the country typically recording one or two births a year on average. Increasing numbers saw the status of mountain gorillas changing from Critically Endangered to Endangered back in 2018, with the positive numbers being attributed to conservation efforts and a crackdown on poaching.

In April 2019 the world watched on in shock as one of the most iconic structures in history – the Cathédrale Notre Dame de Paris – burned before their eyes. Once the fire was extinguished, the talk immediately turned to restoration, with experts reporting that it would be a lengthy and expensive mission. Last November, the team charged with renovation announced that the project had taken a positive step forward, thanks to 200 tons of melted scaffolding being removed from the damaged landmark. The scaffolding had been present at the time of the fire and fused with the cathedral, meaning that it had to be carefully removed to secure the site. It is hoped that the renovations will be completed by 2024.

Thankfully, conversations about the importance of sustainable travel have become more frequent over the last few years, with many people realizing that drastic action must be taken in order to secure the future of the planet. This year, Machu Picchu announced its Carbon Neutral initiative, a project that seeks to make it the first tourist destination in Peru and the world to drastically reduce carbon dioxide emissions. It laid out the goal of 45% reduction in emissions by 2030 and 100% by 2050, following the guidelines of the climate agreement of Paris. The country also launched a sustainability brochure that celebrates the unique natural attractions, animals and landscapes that visitors can enjoy in a low-impact way.

4. The Acropolis is becoming more accessible

Travel should be for everyone, so it is always a cause for celebration when a popular attraction makes positive changes in order to make it more accessible to travelers in wheelchairs and those with mobility impairments. And that is just what the Acropolis in Athens recently announced, stating that plans are in place for the installation of a new lift system, while walkways will also be updated. The initiative was unveiled by Greek Prime Minister Kyriakos Mitsotakis to mark the International Day of People with Disabilities. The citadel sits on top of a steep incline, making access a challenge. A new lift will be situated on the north face of the hill, with old concrete walkways from the 1960s being replaced with wider stone paths.

5. The Japanese aquarium that set up video chats for their shy eels

Japan is typically at the forefront of all things quirky and adorable, and this year was no different. With COVID-19 reducing visitor numbers at Sumida Aquarium in Tokyo, the institution’s garden eels were reportedly becoming more shy, burrowing to the bottom of the sand in their habitats to peek out. Garden eels stretch out and show off their long spotted bodies when they feel comfortable, but without crowds passing by frequently, they began to become nervous whenever their caretakers were near the tanks. To remedy this the aquarium set up a “Face-Showing Festival”, asking the public to Facetime the animals in the hopes that they would be re-socialized.

6. The survival of the world’s smallest possum in Australia despite bushfires

Weighing less than ten grams, the little pygmy possum (Cercartetus lepidus) was feared extinct following the terrible bushfires that raged in parts of Australia in early 2020. The blaze wiped out an estimated 88% of the animals and they had not been seen after for some time. However Kangaroo Island Land for Wildlife, a biodiversity conservation program that aims to provide safe havens for plants and animals surveyed 20 fauna sites and captured 20 different wildlife species. Among them was a little pygmy possum, leading to new hopes that the animals have survived. According to experts however, serious work needs to be done to support the at-risk animals now.

7. This dog that was voted the world’s cutest mayor in a Southern California town

Politics are divisive, now more-so than ever. But there’s one thing that we can and should all agree on – dogs are adorable. And so, the non-incorporated and non-partisan town of Idyllwild decided to choose a Golden Retriever known as “Maximus mighty-dog mueller, the second," or just Mayor Max II, as their mayor. Back in 2012 the non-profit Animal Rescue Friends of Idyllwild organized a sponsored election with different pets in the running. Mayor Max I was chosen by an overwhelming majority, but sadly died in his second term. A search was put out across the US and the current mayor was discovered to be of the same blood line, so he was ushered into office immediately. His sister Mitzy serves as his deputy. The mayor had over 50,000 followers in Instagram and his handlers received approximately 15 calls a day requesting he be brought to visit them.

8. A Dutch tulip farm that spread a multicolored message of hope

Bulb farming company Dutch Daffodils and tour company Tulips in The Netherlands joined forces earlier this year to spread a message of positivity to all of the tourists who were unable to visit the country this year. A team created a 145-foot wide message that read, “See you next year”, out of the colorful flowers. It took five hours for the message to be assembled by hand in the traditional way.

Incredible feats by individuals have always proved inspirational and uplifting, and this was certainly the case in November, when Emily Harrington became the first woman to free climb the Golden Gate route of El Capitan in under a day. Harrington completed the grade VI 5.13 route in 21 hours and 13 minutes, and also became just the fourth person to free climb the 3000-foot-high route in 24 hours after Tommy Caldwell, Brad Gobright and Alex Honnold. The successful climb comes a little less than a year after her first attempt that left her hospitalized. The route typically takes experienced climbers between four and six days to complete, with over 40 pitches or sections to overcome.

10. Sustainability being recognised and celebrated

Lonely Planet’s Best in Travel 2021 took this year to look ahead to the future in a slightly different way, celebrating sustainability, diversity and community, instead of destinations, trends and experiences as usual. To celebrate some big achievements, we chose 10 inspirational tourism projects that are shining a light on pioneering sustainable practices, and the people behind them. The list was widespread, focusing on places like Palau, Namibia, Greece and Rwanda, and recognised people and places making positive changes for the future.