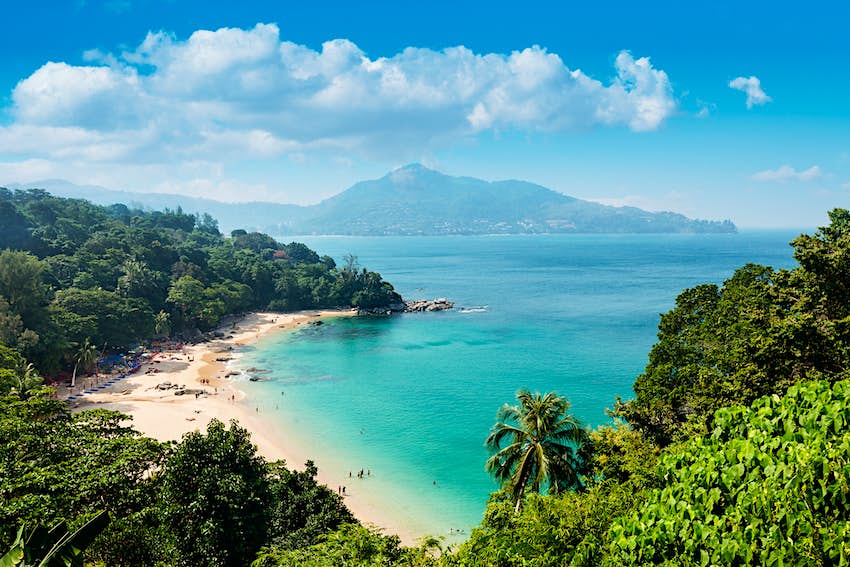 Travelers are returning to the island of Phuket © Elena Pavlovich / Shutterstock

Lonely Planet writer Austin Bush recently traveled to Thailand through the 'Phuket Sandbox' initiative. He explains what the process was like and how travelers can also visit.

Until recently, if you wanted to visit Thailand, the only way to do so was via a 15-day stay in Alternative State Quarantine (also known as ASQ). That meant staying put in a hotel room, with only occasional and brief escapes outside for sunlight and exercise. I have friends who have done this, and frankly, the experience sounds unpleasant.

But since July 1, Thailand has gone ahead with its much-hyped Phuket Sandbox initiative. The plan is this: Officials have been inoculating residents of Phuket, with the goal of reaching so-called “herd immunity,” and are now allowing fully-vaccinated visitors to visit the island. Visitors must book accommodation in pre-approved hotels (and jump through a number of hoops that I’ll explain below), and cannot leave the island of Phuket for 15 days—but otherwise they are free to visit beaches and restaurants and explore the island just as one would have done pre-pandemic.

I arrived on Phuket on July 9, one of the earlier groups of visitors to take part in the initiative. I had planned to arrive a week earlier, but as I’d applied too early, some of the kinks in the process hadn’t been ironed out, and I was forced to postpone my trip and re-apply.

The first step in taking part in the Phuket Sandbox program is to visit the portal via which you can apply for a Certificate of Entry (CoE). This is the document – in addition to a visa or visa exemption – that will grant you permission to take part in the Sandbox program and ultimately enter Thailand.

The first steps are, by bureaucratic standards, relatively straightforward. In most cases, you can only apply if you’re traveling from a list of countries deemed “medium risk.” No more than 30 days before you plan to travel, you’ll need to upload your passport, your visa (if you have one), your proof of vaccination, as well as proof of payment for an insurance policy that expressly covers COVID-19, with minimum coverage of US$100,000, valid for the duration of your stay in Thailand (companies that provide this include Thai General Insurance Association, AXA and Luma, among others). Pre-approval for the CoE can take as many as six days.

Once pre-approved, you have 15 days to submit your flight details and hotel booking. For the former, you must fly directly to Phuket; transfering via airports elsewhere in Thailand is not allowed. Airlines operating direct international flights to Phuket currently include Thai Airways, Emirates, El Al, Qatar Airways, Singapore Airlines, and British Airways. For the latter, accommodation is only available in one or two of more than 400 hotels approved by Thailand’s Safety and Health Administration (known as SHA+), which will appear in the drop-down in the application process; an unofficial list can be seen here. The hotels span a variety of budgets and locations across the island; I’m not much of a beach person and prefer easy access to cafes and restaurants, so I chose a low-cost guesthouse in Phuket Town, the island’s landlocked cultural and urban center. You’ll also need to pre-pay for the three COVID-19 tests required during the duration of your stay, which costs around US$250.

When you’ve received your CoE, which can take another three days or so, the only step remaining is to obtain proof of a “not detected” result from a PRC COVID-19 test no more than 72 hours before your departure.

It’s a lot of paperwork, and upon checking in for my flight at New York’s JFK Airport, the check-in staff, who had seemingly served several passengers bound for Thailand that evening, told me, “OK, hand me all of your junk.”

Arriving in Phuket, I wouldn’t describe the process as efficient, but it could have been much, much worse. After exiting the plane, I was herded into a row of plastic chairs, where officials came by to ensure that I had the required documents (redundant, as far as I could tell, as these documents had already been submitted and approved), and where I needed to show that I’d downloaded two obligatory tracking apps: ThailandPlus and MorChana. At the next station, I needed to submit a health form and show the results of my PCR test. That's followed by immigration. Lastly, I had to take the first of three COVID-19 swab tests. This entire process took me just under two hours. From there, I hopped in a taxi arranged by my hotel, and was escorted to my room. I was not allowed to leave my hotel until I received the results of my test, which weren’t available until the next morning. Once I received the green light, I was free to lead the life of a standard tourist – visiting beaches, drinking at bars, eating street food – for the next 14 days. My only obligations are daily tracking app check-ins and temperature checks with my hotel, and two more PCR COVID swab tests, one on day seven and one on day 14.

Initially, at least, it appears that the government is happy with how things have gone with the Phuket Sandbox, and has proceeded with the second stage of opening Thailand to tourists. The Samui Plus program includes the islands of Ko Samui, Ko Pha-ngan and Ko Tao. The initiative involves many of the same stipulations as the Phuket Sandbox, except that certain airline transfers from Bangkok are allowed, and movement on the island is somewhat restricted during the first week. After one week in one SHA+ hotel on Ko Samui, visitors are free to move to another island. At the time of writing, it was not possible to travel between Phuket or any of the islands involved in Samui Plus during the 15 days. 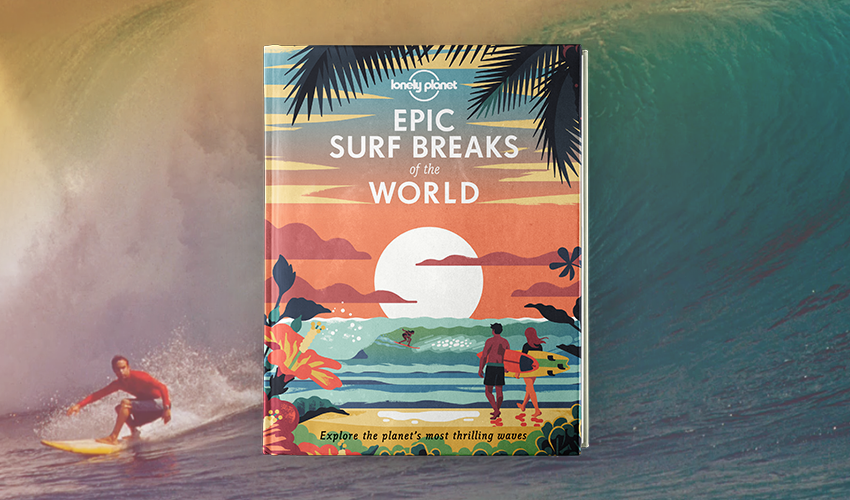 Explore the world’s most thrilling waves with Epic Surf Breaks of the World. From Namibia’s wind-swept Skeleton Coast to Java’s G-Land, discover the best place to ‘hang ten’, whatever your surfing ability.