Hawaiʻi Volcanoes National Park is expanding for good reasons: here's what you need to know 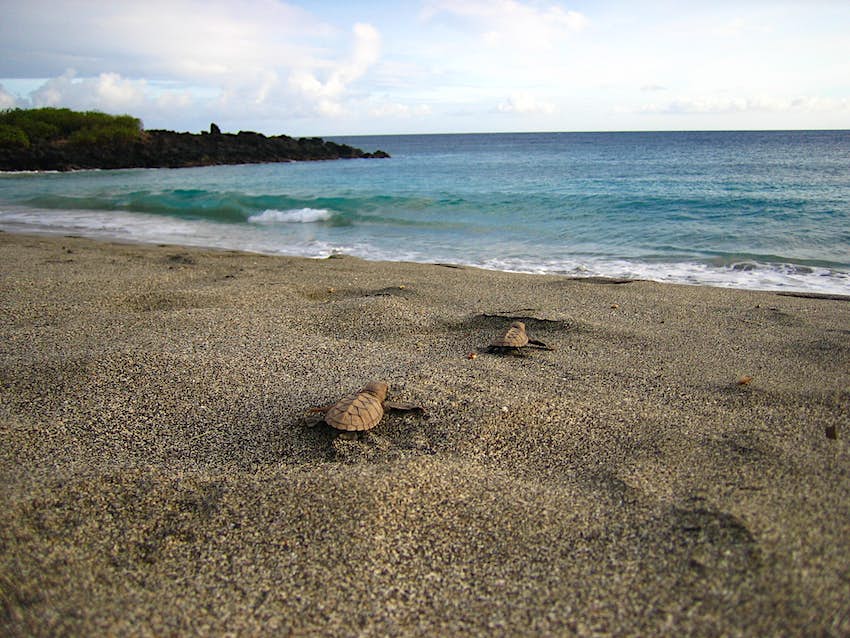 Pōhue Bay, an idyllic and culturally significant area on the rugged southern coastline of Hawaiʻi Island, is now part of Hawaiʻi Volcanoes National Park, saving it from potential development into homes, resorts and golf courses.

The Trust for Public Land, a national nonprofit land preservation group, transferred the ownership and stewardship of the 16,451-acre Kahuku-Pōhue parcel—from Māmalohoa Highway to the shoreline, which includes the bay—to the National Park Services in July.

This area is a critical habitat for a variety of endangered species, including honu (Hawaiian green sea turtles),  honuʻea (hawksbill sea turtles), ʻīlio holo i ka uaua (Hawaiian monk seals) and the rare Hawaiian red shrimp, ʻōpaeʻula, that live in the area’s anchialine ponds. (These are landlocked pools with a mix of fresh water and saltwater.) Native and migratory birds, like the ʻiwa (great frigatebird), koaʻa kea (white-trailed tropicbird), kōlea (golden plover) and ʻaukuʻu (black-crowned night heron), reside here, too, along with the ʻōpeʻapeʻa (Hawaiian hoary bat), the hala pepe tree and endemic cave crickets.

The cultural importance of the area

Once dotted with thriving fishing villages, the Kahuku-Pōhue parcel is also home to numerous well-preserved and important Hawaiian cultural sites, including lava tubes, burial sites, fishing heiau (shrines) and the largest recorded abrader quarry in Hawaiʻi. (Abraders are ancient tools used for sanding, smoothing and grinding, often made of coral.) There are unique petroglyphs dating from ancient times to the 19th century, and a part of the Ala Kahakai National Historic Trail (or Ala Loa), an ancient 175-mile-long coastal trail, is found here, too.

Hawaiʻi Volcanoes National Park had been interested in this area since 2016, with the hope of protecting it from development. TPL bought the land for $9.4 million, with funding from the Land and Water Conservation Fund and a donation from the Wyss Foundation. In addition, TPL has donated $800,000 to the Friends of Volcanoes National Park to support NPS’s management of Pōhue Bay.

What Native Hawaiians want you to know before your visit

“The park and the community have long recognized the importance of preserving the Kahuku-Pōhue area so its incredible natural and cultural resources are protected in perpetuity,” says park spokesperson Jessica Ferracane. “The coastline along this parcel represents the largest area of natural and undeveloped shoreline in the state and is largely pristine, unspoiled, uninhabited and undeveloped.”

A long history of struggling to keep the bay untouched

Pōhue Bay is the only white-sand beach for tens of miles in the rugged district of Kaʻū. Generations of local residents have come here to fish, surf, dive and connect with nature and culture. According to TPL, which has conserved more than 59,000 acres statewide since 1979, this bay has been the subject of several resort development proposals in the past—for obvious reasons. But many in the community—including park officials—want to keep this pristine area preserved.

Maintaining Pōhue Bay by closing it to the public for now

“Our priority is to protect Pōhue Bay’s natural and cultural resources,” says Lea Hong, TPL’s director of Hawaiʻi programs and associate vice president. “The long-term plan is for the community and general public to be able to appropriately access the land for recreation and cultural practices for generations to come and for the National Park Service to partner with community organizations and residents on stewarding the land.”

For the next several months, the park will continue to seek community feedback to get a better understanding of the natural and cultural resources in the area. It’s also working on an interim operating plan that balances public access with protecting and preserving these resources, Ferracane adds.

The goal is to eventually allow public access to this area, but right now, it’s closed to visitors.

“Concerns the community has shared with the park are protecting resources from overuse and finding a balance between allowing no access to allowing too much access,” Ferracane says. “That’s why it is so important that the park’s first step is listening to the community, and then arriving at a balance that provides for mindful access and long-term protection of the area.”

Allowing visitors to any remote area—especially one that’s home to endangered or threatened plants and animals—can be tricky.

Popular natural attractions like beaches, parks and hiking trails in Hawaiʻi struggle with balancing access with overuse. Lifeguards and volunteers at Kaimana Beach—a state-managed beach park on Oʻahu, just outside of Waikīkī—have difficulty keeping visitors away from endangered Hawaiian monk seals, which often bask on the beach or swim in the nearshore waters. The sightings draw hundreds of people to the beach to catch a glimpse of the seals and their pups. Earlier in July a 60-year-old visitor from California was attacked by a seal in the water while she was swimming, about 150 feet from shore. She suffered cuts to her face, back and arm, but was not seriously injured. The National Oceanic and Atmospheric Administration and the Hawaiʻi Marine Animal Response actively warn people to stay away from the seals there—but it happens. (It’s a felony to touch, harass, injure or kill monk seals, and people are required to say at least 150 feet away from them.)

About 27 miles east of Pōhue Bay is Punaluʻu Beach Park, a gorgeous stretch of black sand famous for the Hawaiian green sea turtles and Hawksbill turtles that frequent the area. Despite posted signs warning people to stay at least 20 feet from the turtles, visitors flock to snap photos and swim with these threatened species.

Ferracane says the park is working with the community on determining what kind of public access and use should be explored, including shoreline fishing, swimming and picnic and camp sites.

With the addition of this Pōhue Bay parcel, Hawaiʻi Volcanoes National Park now sprawls over 354,460 acres, or 554 square miles—nearly the size of Oʻahu. Earlier this year the park acquired the 2750-acre Ala Waʻi parcel in the southwest rift zone of Kīlauea. It took over a nearly 2000-acre oceanfront parcel in northeast Pāhala known as The Great Crack in 2018; this site—a popular hiking spot despite its location on private property—contains a 6-mile ravine in a lava field that’s 60 feet wide and 60 feet deep in places.

The donation of the Pōhue Bay parcel is the park’s largest addition since 2003, when about 150 square miles of land was incorporated.

How to choose the best Hawaiian island for your trip 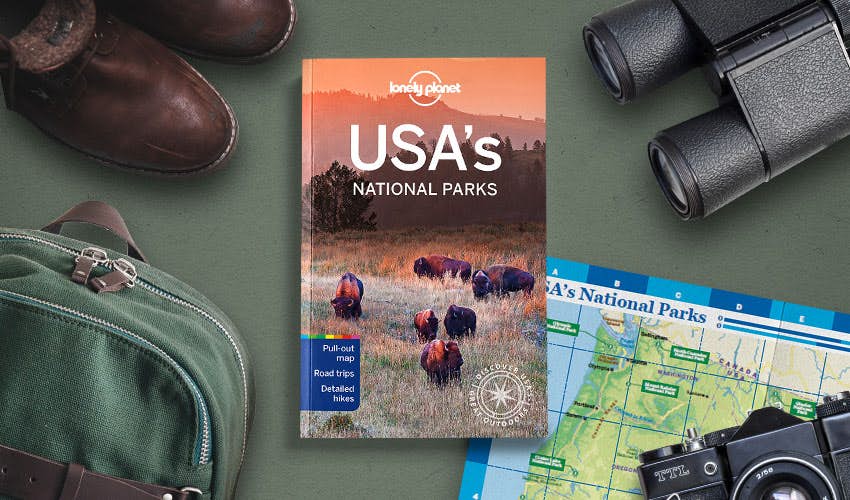