Can you do the all-American road trip in an electric car? Expert tips for planning your route 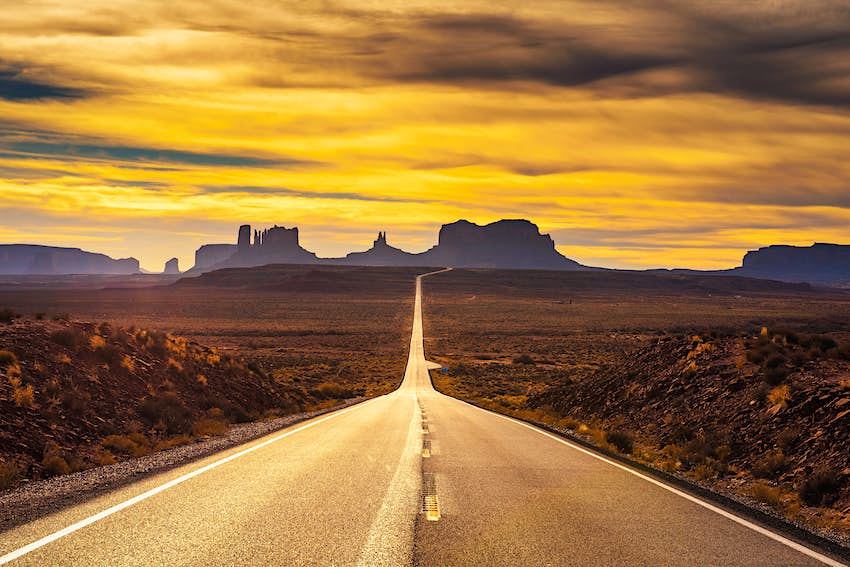 Are US roads ready for electric cars? © miroslav_1 / Getty Images

Gas guzzlers beware: electric cars are catching on quicker than the Electric Slide at a sweet sixteen, and it's only a matter of time before an American shift toward sustainability convinces drivers to fall in line.

In the past year, President Joe Biden pledged to replace the federal government's fleet of roughly 650,000 cars with electric vehicles (EVs) and introduce 500,000 new charging stations within a decade. Automotive heavyweights from Ford to Volkswagen announced similar plans, promising to invest billions in developing EVs and their related infrastructure.

The timing couldn't be better – as gas prices soar and concerns over climate change reach a fiery crescendo, interest in EVs is hitting all-time highs. In 2021, EV sales in the US more than doubled the previous year, with 608,000 new cars hitting the highway. In March, Google searches for electric vehicles reached their highest point in history, and this year, research company S&P Global expects EV sales to reach nearly 900,000.

By 2030, Americans will purchase an estimated 4.7 million EVs – a trend supported by local governments. Forty-five states and the District of Columbia currently provide incentives like tax cuts and rebates for EVs or plug-in hybrid vehicles, further fueling the race toward an electric future.

But if the future is electric, what does that mean for one of the country's time-honored traditions – the gas-powered road trip?

Plan a drive on America's most iconic road trips

Road trips are a cornerstone of US culture, immortalized in so many novels, films and songs they've inspired a genre all their own. The tales may range from Jack Kerouac's poetic musings to Thelma and Louise's feminist quest, but they're connected by an ingredient more American than Huckleberry Finn – the search for freedom.

For the past century, gas-powered cars have been the means for finding open-road liberation. Travelers can hop into internal combustion vehicles without worrying where or when they'll refuel next. Unless you're traveling the lonely 167-mile stretch from Ely to Tonopah, Nevada, the ubiquity of gas stations is par for the course in the United States. But as gas prices increase, so does the price tag on this kind of freedom.

The same rules don't apply while traveling in electric cars. Although fuel prices are cheaper (roughly 60% less than gas-powered cars, according to a 2020 Consumer Reports study), refueling is more complicated. This reality leads to range anxiety: the fear that an EV will run out of power before reaching its destination or a place to recharge.

10 of the most scenic drives in the USA

For EV users who stay close to home or live in parts of the country with sufficient charging stations, range anxiety poses little threat. "The vast majority of electric vehicles are on the West Coast: LA, San Francisco, Portland and Seattle," says Greg Brannon, AAA's Director of Automotive Engineering, "and the charging infrastructure is heavily focused there." This makes West Coast-area road trips to parks like Yosemite, Joshua Tree and Mt. Hood National Forest all EV-viable excursions.

But not all excursions are so easy. In 2019, Wade Anderson took a 19,000-mile road trip around North America in a Tesla Model 3 (which he documented on YouTube) and experienced this fear firsthand. While driving through the Yukon Territory and Alaska, he barely reached a maintenance camp. "My battery had 0% charge as I rolled in there," he recalls. "I used RV parks to plug in, which are very slow-charging, and a typical one-day journey ended up taking three days."

The north midwest proved similarly treacherous for EV travel, and Wade once found himself stuck at a desolate campground in rural Montana while waiting for his car to recharge.

But range anxiety isn't something he often experiences while traveling, and soon, "these minor inconveniences will be a thing of the past," he muses.

Road tripping on Route 66 is like driving back in time

Quick recharging stations across the country are expanding rapidly

Since Wade's road trip, companies like EVGo, Tesla and Electrify America have worked at breakneck speed to meet the country's growing demand for charging stations. From 2020 to 2021, the number of DC fast chargers (the gold standard for quick recharging) increased by 24%, indicating that today's EV issues will soon become tomorrow's old news.

"Electrify America built its first charging station in May of 2018," says Anthony Lambkin, the company’s Senior Director of Operations. "In just four short years, we have expanded to 800 charging stations comprised of about 3500 individual chargers open or with construction completed."

Part of the company's current infrastructure includes two cross-country routes – LA to DC and Jacksonville to San Diego – and two coastal routes connecting California to Washington and Florida to Maine. By 2026, the company expects to have over 1800 charging stations with over 10,000 chargers in the US and Canada, spanning 49 states and the District of Columbia.

With the growing number of chargers, range anxiety is something Anthony rarely experiences. On a recent trip from Washington, DC to Cleveland, Ohio, he stopped three times to charge at Electrify America stations and didn't need to stay longer than 20 minutes per stop using a 150KW charger.

"The ability to charge quickly is a game-changer for road trips and makes the experience seamless," he says. "The only downside was that 20 minutes was not enough at some stops for my kids."

Top tips and advice for EV road trippers in 2022

Even with increasingly excellent EV infrastructure, touring the country Tesla-style provides a set of unique challenges for drivers new to the electric life. Here are the top things road trippers should consider before shifting into high gear.

​​Find the proper car for a long-distance road trip

For road trips spanning hundreds of miles, rent or buy a car supporting long-range travel. Vehicles with over 200 miles of electric range – including many Teslas models, the Chevrolet Bolt and the Ford Mustang Mach-E – will help drivers avoid frequent charging stops.

"With the early EVs I've owned, the limited sub-100 mile range certainly required some trip planning," says Anthony. Travelers in cars like the Mazda MX-30, which has an estimated range of 100 miles, will spend more time looking for chargers than enjoying the actual adventure.

It's also helpful to use a car that supports DC fast charging (also known as level 3 charging). While DC chargers can replenish a battery in 15-45 minutes, more commonly found level 2 chargers may require 3-5 hours.

6 secret American road trips to add to your bucket list

Make charging part of your itinerary

Even when high-speed chargers are available on a given route, Brannon advises travelers to schedule bio breaks or meals around charging stations. "Plan to be there for a minimum of an hour, and in some cases, a few hours," he says. Drivers can find many fast chargers in shopping centers, and if you get creative, it's possible to find them within walking distance to museums and other points of interest. Choosing hotels, homestays or RV parks with EV outlets is another necessary way to charge without wasting travel time.

The Grand Circle is the ultimate US Southwest road trip

When mapping out charging stations, Wade relies on A Better Route Planner – an app that helps drivers estimate where and when they'll need to recharge based on their destination and car type.

PlugShare, a free community-fueled app that allows users to find charging stations and leave reviews, is another helpful tool. Use this in conjunction with ChargePoint, one of the country's largest networks of charging stations, to find locations that don't always appear on Plugshare.

How to road trip through the Midwest US on a budget

EV drivers should know that recharging "is not like going to the gas station," says Bannon. While charging stations are increasingly more common, they're not ubiquitous and a charging site that looks available on an app might be incompatible with your car, out of service or in use upon arrival. A recent study conducted by the Bay Area-based group Cool The Earth found that roughly one-quarter of all charging stations were inoperable when visited.

Brannon suggests drivers "plan a route, know where the charging locations are, and have a plan b and a plan c for those locations." Wade Anderson suggests bringing plenty of adapters to plug into as many outlet types as possible.

Rockies roads: the most thrilling drives in Colorado

Think about the elements that affect an electric car's range

While the average range for an electric car is currently around 250 miles, "research shows that range is reduced by almost 40% at cold temperatures," says Brannon. That can make a winter sojourn through places like Badlands National Park, South Dakota – a state where chargers can be over one-hundred miles apart – a questionable prospect.

Cold isn't the only element that changes a battery's capacity – wind, speed, air conditioning and heat can also deplete power. Consider how the time of year, location and weather will change your EV's range while planning when to recharge.

Choose a trip with a successful EV track record

Intrepid EV travelers like Wade wrote the rulebook on electric car road trips so you don't have to. Going on excursions that don't support charging isn't worth the range anxiety, so pick a route you know you can enjoy.

The Pacific Coast Highway – arguably the country's most scenic drive – is also one of the country's most EV-friendly roadways. Take the eight-state trek along America's 'Mother Road,' Route 66 and you'll find over 1800 charging stations. Thanks to Electrify America, a series of charging stations along Interstate 95 makes it possible to ride from Maine to Miami on electric power alone. While you may have to forgo the pleasures of improvised detours to towns off the well-trod path, you won't have to spend time hunting for a charge.

Look to the EV community for support

When it comes to recharging, Wade isn't only looking for electricity – he's sometimes searching for personal connection. Through Plugshare, Wade finds charging locations at non-obvious locations like hospitals, libraries and even the homes of fellow app users. "It's a very supportive network," he says. "Most of us are concerned about the environment and climate change, and that pulls people together."

With the necessity for so much planning, it may seem like EVs destroy the freedom synonymous with the all-American road trip. But on the contrary, this trending form of travel makes modern pioneers out of early adopters.

According to researchers from the universities of Cambridge, Exeter and Nijmegen, driving an EV is better for the environment than driving a gas-powered car in 95% of the world. Most electric vehicles made today produce far fewer planet-warming emissions than internal combustion engines, and while there's plenty of work needed to regulate the making and recycling of batteries, EVs are still a noble step toward environmental preservation.

The EV road trip is like manifest destiny for a green generation. It's an entirely new take on a classic American adventure, and if embraced by enough drivers, it could protect the country's wonders for future generations.

10 least-visited US national parks: the best to avoid crowds in 2022 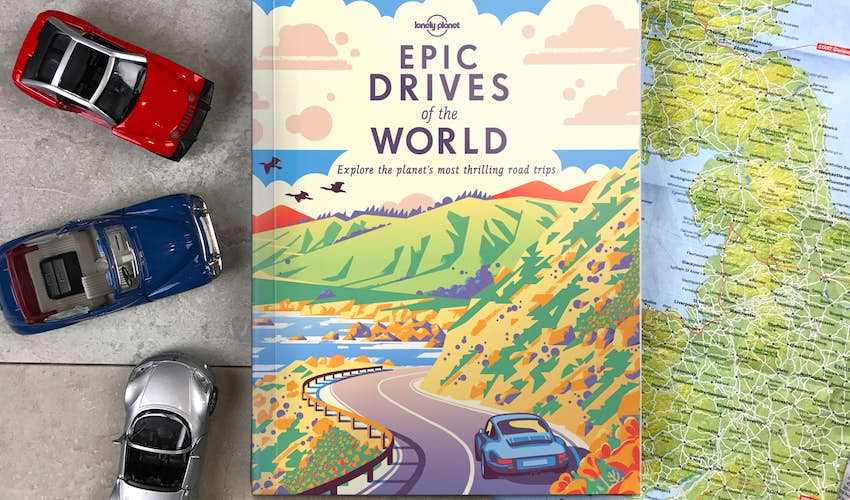 This book showcases 50 of the greatest road trips on Earth, from classic routes in America, Australia and Europe, to incredible adventures in Asia and Africa.