A playlist for the best of Boise, Idaho 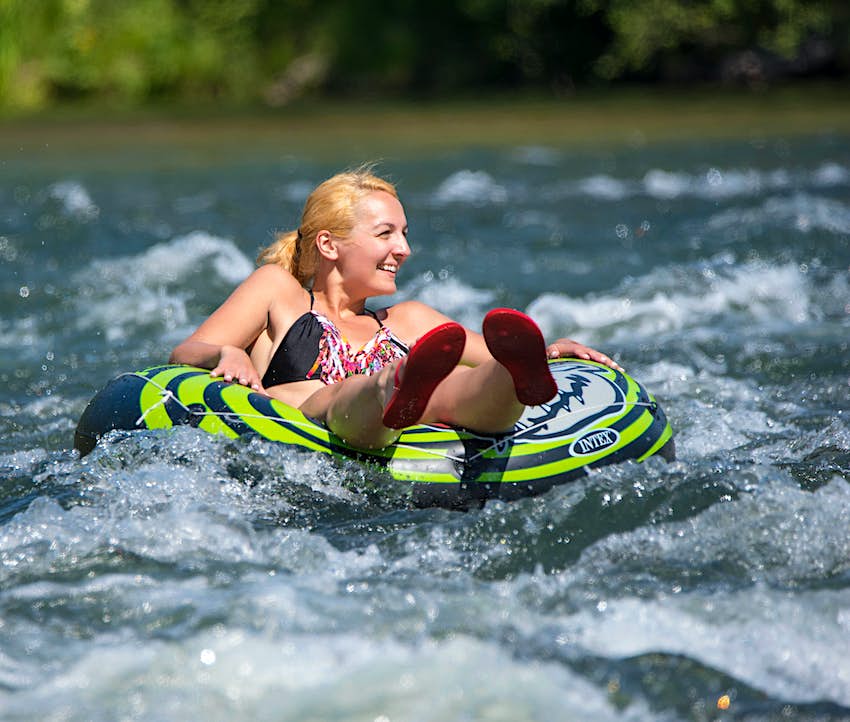 Though Boise might feel a little more lived-in than touristy, its laid-back, friendly demeanor is refreshing; want to stop at the brewery in your bike shorts? No problem! But if you fancy a proper clean-up before partaking in the finer arts of history and culture, you’re in luck; Boise fancies that, too.

You haven’t truly experienced Boise until you’ve walked, biked or scootered some part of the Greenbelt. For over 50 years, this paved, 30-mile trail has been Boise’s central artery. It stretches from Lucky Peak Reservoir in the east to Veteran's Park (and beyond) in the west and includes more than 15 park-and-ride access points. The city parks along the Greenbelt are referred to as the “Ribbon of Jewels,” but some locals prefer to call those parks the “Queens of Boise” since they are named after prominent women who helped shape Boise’s community.

Besides green space and beachy river pull-offs, other points of interest include the Idaho Anne Frank Human Rights Memorial, MK Nature Center and Bethine Church River Trail, which features some of the state’s top bird-watching spots.

Bring a swimsuit to enjoy a visit to Quinn’s Pond and Esther Simplot Park, which could easily last all day.  Swimming, fishing, paddling and waterside-lounging with on-site watercraft rentals from Idaho River Sports are refreshing on a hot summer afternoon. A playground, covered shelter, bathrooms and wetland walking trails round out the experience.

Planning tip:  After a swim, throw a sun dress or shirt over your suit and explore the restaurants and wine-tasting rooms of Surel Mitchell Live-Work-Create District, named after Boise artist Surel Mitchell, who championed the idea of a community living space that would both support and inspire artists.

2. Ride and hike the Ridge to River trails

Whether it’s a family hike, marathon-training trail run, or undulating mountain bike loop, this network of dirt paths linking public and private lands in the city’s foothills never fails to provide a moment of solitude and appreciation for nature. In the fall, the yellow blooms of rabbit brush and purple aster vibrantly paint the hills. In spring, the pink petals of the mariposa lily and sunny yellow blooms of arrowleaf balsamroot bring cheer to an otherwise monochrome landscape. Very few fragrances beat the smell of sagebrush after a rare desert rain.

Trailheads at Camel’s Back Park, Hull’s Gulch and the Military Reserve are popular for their variety of distances and cityscape vistas. Be sure to check signs for pedestrian or bike-only routes as well as one-way directional patterns.

Detour: A short walk south on 13th Street from Camel’s Back Park also brings hikers to the community of Hyde Park, a cute North End neighborhood with local boutiques, a few restaurants and a Boise gem: Goody’s Soda Fountain. Parents, keep this knowledge in your back pocket if your hike with wee ones dissolves into bribery.

Boise hosts two summer Saturday Markets: the Boise Farmers Market on Shoreline Drive and Capital City Public Market on 8th and Main Street. In between browsing locally picked produce and hand-crafted sundries, check out the rest of the city. JUMP, a nonprofit community center, is a splash of architectural intrigue. Visitors can wander the building and grounds, which display vintage tractors and steam engines in honor of Idaho’s most famous potato farmer, J.R. Simplot, and then zip down its five-story slide.

Another unique stop is the “pink tree.”  It’s a beautiful life-sized tree sculpture in Cherie Buckner-Webb Park on Bannock Street that features two bench swings strung from its limbs – perfect for tilting skyward and watching the pink leaves flutter and reflect off the surrounding glass high-rises. While you’re on the west side of downtown, you might as well pop into The Record Exchange or swing by Rhodes Skate Park to see what the youth are up to.

Planning tip: Before heading to a morning market, put your name on the waitlist at Goldy’s (on Capitol) so you can treat yourself to a post-walk brunch. In our experience, the wait is usually 45 minutes to an hour on Saturday mornings, but the mango mimosas and salmon benny are delish and well worth the wait. Truth be told, their cheese grits rival those of the American South, but that feels blasphemous to divulge.

Beyond parks, playgrounds and open spaces, Boise is as kid-friendly as it gets. The Boise Depot is a Spanish-style building located at the historic Union Pacific Railroad site on Vista. Encompassed by the beautiful Platt Gardens, it features Big Mike (a 1920s steam train) and panoramic views of downtown’s Capitol building and foothill surrounds. The gardens are free to visit.

The MK Nature Center is another free option. Nature trails wind around a pond that is home to numerous five-and-six-foot sturgeon, and fish-viewing windows along the trails display the life cycle of native species. Other kid favorites (with entrance fees) include Zoo Boise, the Discovery Center and Idaho State Museum.

This is one of Boise’s curiously organic phenomena: an open-air public mural that seems to keep stretching into new territory. The mural was first hatched in 2002 when Colby Akers started doodling on the walls outside of Moon’s Cafe. Rather than ask him to cover it up, the owners told him to sign and date it. Twenty years later, the doodles have flourished into an iconic Boise treasure of rotating displays by volunteer artists. Get your Instagram-worthy photos here – or take your morning coffee from Dawson Taylor to-go so you can fully indulge in your downtown meander.

6. Indulge in a splurge-worthy date night

We’re always keen on dinner and a show, so here’s a curated menu of splurge-worthy options. The Flicks on Fulton Street is an independent movie theater featuring international and non-blockbuster films. The Morrison Center and Boise Contemporary Theater showcase live performances throughout the year: plays, dances, talks and music.

To couple your show with a lighter fare, we recommend the delicious Basque wine and tapas of Txikiteo (pronounced chee-kee-tay-o, which loosely translates to sharing wine to see where the night goes). Or, for a more experimental flavor adventure, KIN accepts monthly reservations for a five-course prix fixe meal, and its ambient setting at the bottom of a grassy hill at One Capital Center is very chic but somehow still humbly Boise.

7. Celebrate Boise with bikes, balloons and all things Basque!

Between Boise’s Goathead Fest, Jaialdi, Spirit of Boise Balloon Classic and the Twilight Criterium, Boise’s community events slice the best of life for everyone. Goathead Fest, held every August, is the vision of local bicycle advocate Jimmy Hallyburton. It brings together “pedal-powered” volunteers to remove the invasive goathead weed from bikeways and celebrate with a “wonderfully weird” bike parade, costumes, food, music and dancing at Cecil D Andrus Park.

Jaialdi is a quinquennial, world-renowned celebration of Basque culture. If you happen to miss the next one in 2025, you can always visit the Basque Block anytime. The Spirit of Boise Balloon Classic is an annual event during Labor Day Weekend that fills the Boise skies with hot-air balloons. And for three days in July, the Twilight Criterium transforms a block of downtown streets into an intense and exciting circuit of youth, amateur and professional cycling athleticism.

These may seem like opposite ends of the site-seeing spectrum, but the garden and prison happen to be neighbors in the east end, so why not get your doom and bloom in one-fell-swoop? Twelve distinct garden areas display flowers, herbs and vegetables alongside sculptures and art. Special garden events throughout the year cater to family-oriented fun. Winter Garden Aglow is one worth mentioning; it’s a spectacle of lights that transforms the dormant winter garden into an electrifying wonderland of color.

The Old Pen, built in 1870, operated for 101 years and stands to tell the story of Idaho’s wayward rabble-rousers. In addition to walking through the gallows and closing themselves in solitary confinement, visitors can also peruse the exhibits, such as prisoner-fashioned contraband weaponry. If it sounds macabre, it is!

Detour: The trailhead to Table Rock, a 3.7-mile loop, is located just off the parking lot at the Penitentiary. It’s a well-marked, well-used trail with steep climbs but picture-worthy views.

9. All the world’s a stage at Idaho Shakespeare Festival

We love this festival! It partnered with Great Lakes Theater (Cleveland, Ohio) in 2002 and eventually Lake Tahoe Shakespeare Festival (Incline Village, Nevada) in 2010 to bring incredible, quality performances to audiences across the country. The amphitheater and surrounding habitat reserve in Boise’s east end are worth a visit on their own, but the magic of a Shakespeare or contemporary play under a Boise night sky is undeniably intoxicating.

Planning tip: Arrive well before showtime to wander the paths in the surrounding reserve. Strategically placed rock slabs along the river are perfect for a picnic or bistro-style dinner from the Cafe. Shows run May through September, rain, shine or 100-plus-degree nights, so dress accordingly.

For the past 80 years, Bogus Basin, just 16.5 miles north of Boise, has operated as a nonprofit ski hill for the local community. It still retains that hometown hospitality, though it has evolved into a year-round locale for outdoor recreation. In the winter, it operates 10 lifts for 2,600 acres of skiable terrain and hosts a parking lot that feels a bit like a tailgate party; tents, barbecues, fire pits and a few friendly dogs keep the mood festive even on the coldest days. In the summer, a pair of lifts bring bikers and hikers to its multi-use trail network. Throw in live music at the lodge and a mountain coaster ride, and you’ve got an enticing family retreat.

11. Visit the World Center for Birds of Prey

Fall Flights may be a once-in-a-lifetime opportunity to feel the swoop of a hawk, falcon or owl overhead. The event, held in an outdoor amphitheater, features falconers showing off the spectacular aerial skills of birds of prey. Besides this special program, the center is home to the archives of falconry and an educational and interpretive center for visitors to learn about the Peregrine Fund's conservation programs and the raptors' impressive biological features.

Planning your trip: Fall Flights run autumn weekends, mid-September through the end of October. The rest of the Interpretive Center is open year-round.

12. Dance into the music scene

With Treefort Music Festival hitting its 10th anniversary, Boise has established itself as an eclectic, independent music scene for breakthrough bands. Quirky venues continue to pop up in new pockets of town. Flipside (a Treefort off-shoot) launches its inaugural festival in the fall of 2022, and Garden City (a city within Boise) will play host. Alive After Five is a free summer concert series on the Grove where it’s not uncommon to witness a dance circle of freestyle breakdancers and a toddler.

The Idaho Botanical Garden offers a more natural setting and reverberates with mountain tunes and main stage rockers alike. If it’s intimacy you’re after, the upscale restaurant, KIN, is dabbling in “PiKINic” nights on their Main Street grassy knoll, with musical guests such as Boise’s beloved Doug Martsch of the indie rock classic Built to Spill. 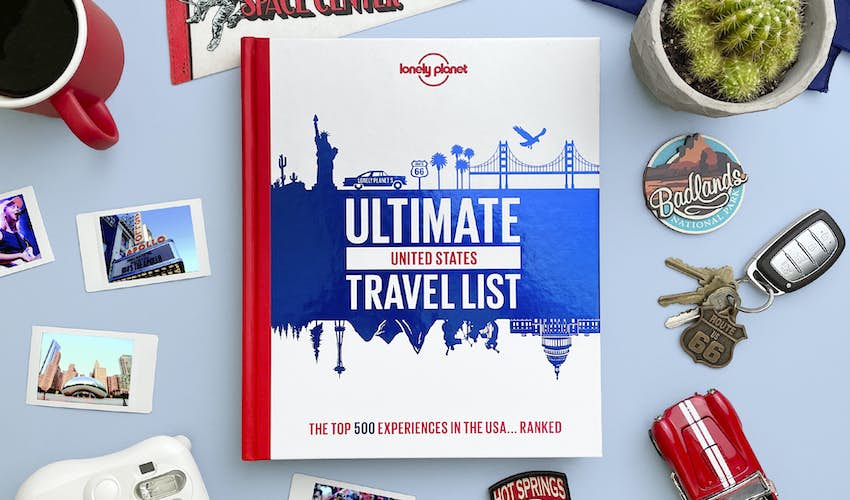