Heading to Dubrovnik for the first time? Here are 14 things every local knows 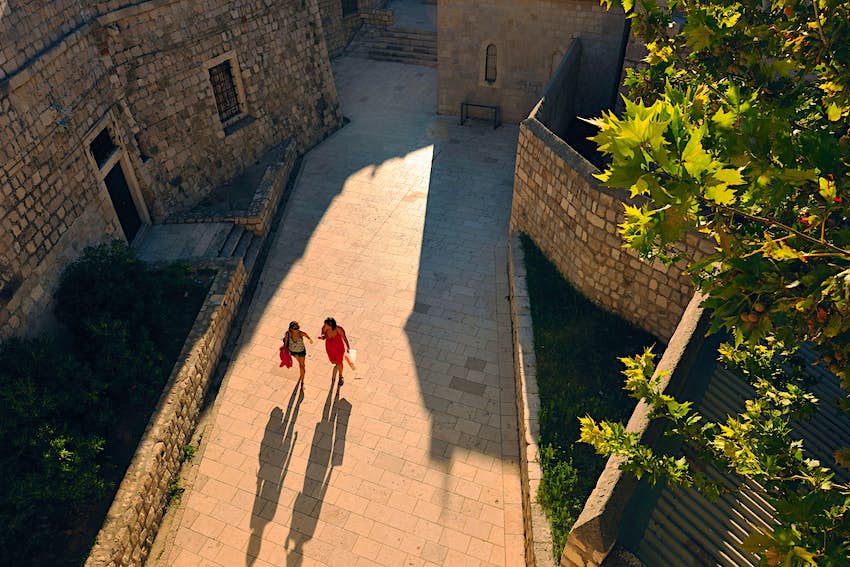 Gorgeous Dubrovnik bundles Unesco-listed heritage with verdant nature, a stunning coastline with fascinating villages, an enthralling history with Game of Thrones-oriented pop culture, and a plethora of options with a laid-back vibe.

At the southernmost point of Croatia, Dubrovnik is cut off from the motherland by a small nook of Bosnia & Hercegovina that bisects the Croatian coast, and it's also the country’s last town before Montenegro. Within these international borders, Dubrovnik was once an independent republic, and today, it's the pulsing heart of an exciting region that calls for more than just a minibreak.

Plan to see more than just the old town, and to put in some time

Many visitors to Dubrovnik make the mistake of thinking that there’s not much more to the town than the whitewashed walled city. This Unesco World Heritage site is the city’s symbol, and a bucket-list item for travelers all over the world.

Spend a day or two exploring the grid of stone streets and taking in the fascinating sights, from palaces, towers and churches to the King’s Landing backdrops. Marvel at the carpet of terracotta roofs from the city walls, then head up to Srđ hill for dazzling panoramas that showcase Dubrovnik beyond its historic core.

In Gruž Bay, the port, you can roam the green and fish markets, travel back to the Yugoslav era in the Red History museum and dance to DJ-spun beats at Dubina club. Soak up colorful sunsets from the seafront of Lapad Bay, and take a dip at one of the many pebbly beaches.

Hop a ferry to nearby Lokrum island, or venture out to the serene Mljet Island and its forested national park. Sip bold red in the wineries on Pelješac Peninsula and discover folklore in the Konavle valley, all while indulging in the easy-going local lifestyle.

Beware of the borders

If you're driving from Split to Dubrovnik, or if you intend to visit the Ottoman gem of Mostar, you'll have to cross the border with Bosnia and Herzegovina, and visiting the stunning Kotor requires crossing the border with Montenegro.

Keep in mind that Croatia is a member of the EU, but not the Schengen Area, so your Croatian visa will not get you into Schengen countries or its neighboring countries. To avoid hassle and disappointment at the border, start your planning by checking the entry requirements first.

For hassle-free travel from Split to Dubrovnik, consider swapping the wheels for a catamaran like Krilo, then island-hopping along the way.

Have fun sorting your wallet

Though it's an EU member, Croatia does not use euros. The local currency is called kuna (meaning "martens") and the cents are called lipas (elderberry tree). You can withdraw local currency from the many ATMs around Dubrovnik and exchange in banks, post and exchange offices, and at the airport.

But if you plan on visiting Montenegro, bring some euros – it's not an EU member, but Montenegro has been using the currency since 2006.

Beachwear, slip-proof footwear and layers are the key to smart packing

The locals in Dubrovnik dress casually, but stylishly. Your suitcase should feature the summer classics, from shorts and airy dresses to all things sun and beach, from bathing suits and flip-flops to hats, shades and sunblock. Don't forget to pack a light scarf and a rain jacket for breezy evenings and summer showers.

In September and October, layers that account for the wind and rain are the way to go. At all times, bring slip-proof footwear, as the shiny limestone streets are notorious for being slick at the slightest drizzle.

Book accommodations and restaurants in advance

Arriving to Dubrovnik spontaneously and hoping to find a place to stay in the high season is pretty much a recipe for disaster. Small and popular, Dubrovnik gets busy and fully booked easily, especially in luxury hotels and popular private accommodations.

Same goes for popular restaurants: if your palate yearns for a certain place, make a reservation a few days ahead to avoid disappointment, except for the Michelin-starred 360°, which you should book a month in advance.

Walk or take a bus, but never ever drive to the old town

One single-lane road leads to the old town, and at its end, scarce and expensive parking is highly unlikely to be available. So swap the drive for a stroll or a bus ride: compact and scenic, Dubrovnik is a very walkable, and the public bus network covers the city areas very well.

In the old town, keep your clothes on and mind your manners

While it may be easy to confuse all of Dubrovnik for a beach, the old town is a lived-in neighborhood with schools, churches and institutions, so remain respectful at all times.

An authentic reenactment of Cersei's walk of shame might sound fun, but visitors to the old town are expected to remain fully clothed at all times. If visiting churches, honor the sacred space by covering your shoulders and taking off your hat. Refrain from using your phone and turn your ringer off, and never sightsee during service.

Be mindful when asking questions about the war

The Yugoslav attacks and the shelling from 1991 to '92 left Dubrovnik shattered and deeply wounded. This is not a topic to be approached lightly; you may ask questions in a respectful manner, but be aware that some people prefer not to talk about it.

Enjoy the gay bar, but refrain from PDA

One of Croatia’s most LGBTIQ-friendly cities, Dubrovnik features an unofficial gay beach at Lokrum Island and its first official gay bar, Milk, which opened in May 2022. While warm and welcoming, Dubrovnik is also a devout Catholic town, so avoid public displays of affection.

Get a Dubrovnik Card

Many find the prices of attractions around Dubrovnik to be on the higher side, but the Dubrovnik Card grants access to main sights, plus free bus tickets and discounts in shops and restaurants. Depending on whether you go for a one-day, three-day or seven-day card, it'll include entry to the city walls and museums like the Rector’s Palace or the Franciscan Pharmacy, plus discounts for Lokrum and Mljet Island.

Pay by card but tip in cash

Tipping isn’t mandatory, but it's generally expected and much appreciated. In restaurants, the magical number is around 10%, while in bars you can round up the bill.

Aside from Amex, credit cards are widely accepted, but you'll need to carry cash for tips, as it's rarely possible to add it to the credit card slip. Don’t be surprised when asked whether you’re paying with cash or card before seeing the bill; Croatian tax authorities require input of that information before the bill is printed.

Nurse your espresso and steer clear of to-go cups

Croatians take their coffee seriously. This is a favorite local pastime and social ritual, so if you're invited for coffee, try not to pass. Whether you take an espresso or bijela kava (latte), sip it slowly and never take it in a to-go cup.

Tap water is drinkable in Dubrovnik, and in the old town, you can refill your bottle from the fountains, like the Onofrio’s, with the coolest water around.

With a tight-knit community and generally well-lit areas, Dubrovnik remains a very safe city, both day and night. While hard crime is low, do exercise common sense when in crowds, as pickpockets turn up on occasion. 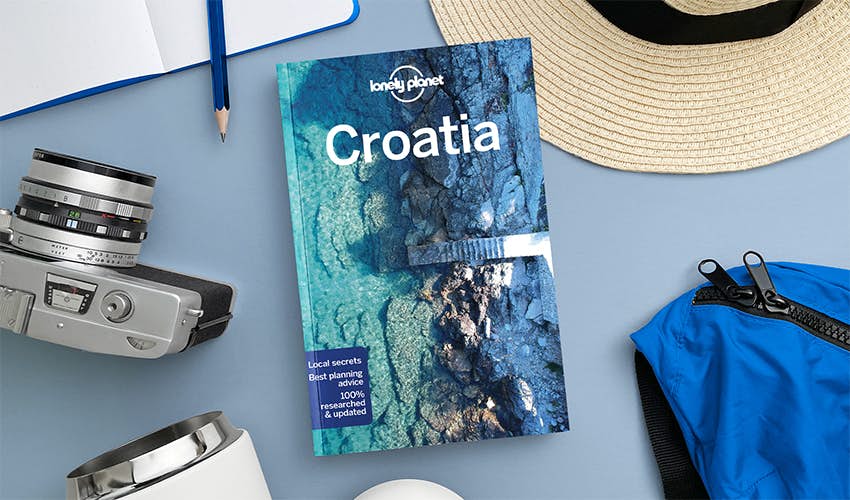 Lonely Planet’s Croatia is your passport to the most relevant, up-to-date advice on what to see and skip, and what hidden discoveries await you. Walk the city walls in Dubrovnik, discover marvelous Mljet, and hit the beach in Bol; all with your trusted travel companion.

7 min read • Published about 7 hours ago

5 min read • Published about 18 hours ago