First-time Croatia tips: everything you need to know before you visit 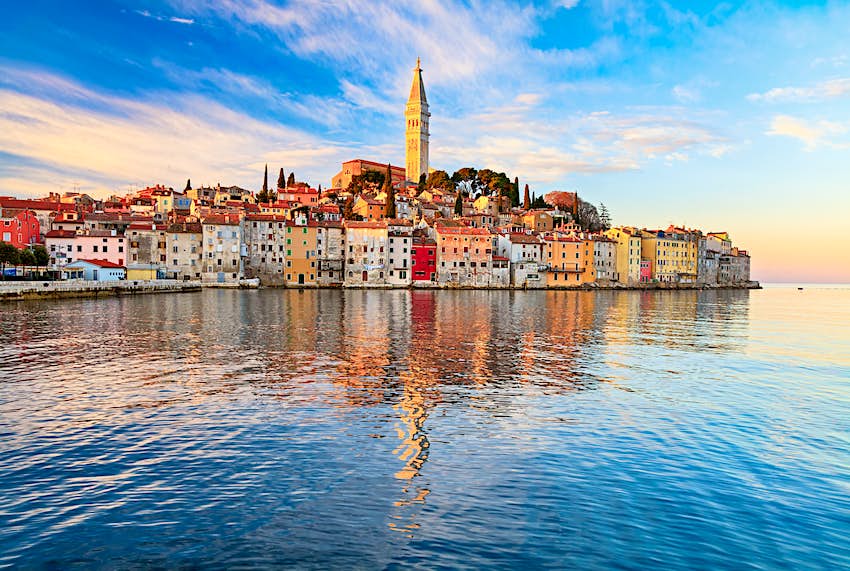 Naturally, tourists are drawn to those beautiful Adriatic beaches that easily hold their own against their Mediterranean rivals. But inland Croatia is just as captivating, from the hilltop villages of Istria to the elegantly buzzing capital, Zagreb. Before you go, have a look at these travel tips to make the most out of your Croatia trip.

Planning your trip to Croatia

Make certain you have the right currency

Although Croatia joined the European Union in 2013, it won’t be joining the eurozone until 1 January 2023. In the meantime, carry on using the Croatian kuna, which you can buy in advance outside the country as well as from the banks and ATMs once you arrive. Some shops and restaurants will accept euros, but you’ll get your change in kuna, and not at a very attractive rate.

Don’t overstretch yourself when planning an itinerary

It might be tempting to squeeze in as many destinations as possible into one trip, but you won’t be doing yourself any favors unless you’re staying for at least two weeks. If you’re planning to visit more than one Adriatic island, think realistically about how much time you can spend in each place and how you will be getting around. Get to know the schedule of the national ferry operator, Jadrolinija, if you intend to do some island-hopping. Croatia has an extensive bus network, but factor in some long journey times if you’re traveling along the Adriatic coast.

How much do you tip?

Croatia’s tipping culture is more laid back than in other countries. Having said that, it’s customary to leave at least 10% in restaurants and for beauty and spa treatments. In bars and cafés, just round up the bill. Tour guides appreciate a few kuna at the end of a tour, and taxi drivers don’t expect a tip, but, again, if you want to round up a fare from, say, 22 kuna (US$3.15) to 25 kuna (US$3.57), it’s appreciated. If you’re filling up your car and notice a few students cleaning car windscreens, give them a few kuna, as they’re working for tips only.

How safe is it to travel in Croatia?

Croatia is a relatively safe country, with low levels of violent crime. The most prevalent issue for tourists is pickpocketing, but even that’s on a much lower scale than in other European countries. Female solo travelers should feel safe on their own, although it’s wise to get some information from accommodation providers on areas to avoid, if any. When using taxis, all travelers should make certain they’re using a licensed car either from an official taxi rank or ordered from your hotel.

In this relatively conservative country, homosexuality is tolerated but LGBTQI+ travelers should be discreet. Public displays of affection could raise a few eyebrows, and some travelers have experienced hostile reactions. Zagreb’s gay scene is growing, however, and both Zagreb and Split hold Gay Pride festivals every June.

Most of Croatia’s beaches are pebbly or rocky and can be hard to enjoy in bare feet. Just pick up a pair of those neoprene or plastic swimming shoes you see in all the resorts and you’ll also be protecting your feet from sea urchins that lurk under rocks and pebbles.

Be prepared for lots of bare flesh

Naturist beaches are popular in Croatia, and sometimes you won’t know you’re on one until people start stripping off. Most are marked with FKK – the German phrase “Frei-Körper-Kultur” meaning free body culture – not surprisingly, as Germans make up some of the biggest numbers of tourists in Croatia. Away from the FKK beaches, topless bathing is quite common.

Can you avoid the crowds in Dubrovnik?

Although the number of cruise ships docking in Dubrovnik isn’t at pre-pandemic levels, there could still be times when up to 8000 people might descend in one day. That’s the cue to stay away from the Old Town until the cruise passengers leave in the late afternoon. Keep an eye on the Dubrovnik Port Authority’s website for cruise arrivals.

Can I use my mobile phone in Croatia?

Croatia is part of EU roaming, which is handy if you have a contract that allows you to use your data abroad. It’s easy to find Wi-Fi in cafes and bars: just ask the server for the password (šifra).

Make an effort to dress appropriately

If you’re visiting churches and other sacred sites, keep your shoulders covered and, if you can, avoid bare thighs. If you’re wearing a hat, take it off when you’re in a church. Even though dress codes are relaxed on the coast, Split, Dubrovnik and Hvar have passed laws against walking around the city in swimwear or bare-chested. Croatians like to dress smartly and take great pride in their appearance, so you don’t want to look too scruffy if you can help it.

Don’t get drunk in public

After years of enduring hordes of drunken tourists, the mayor of Hvar Town had had enough. In 2017, the destination started to issue fines to people behaving badly – public drunkenness is not only frowned upon, but also subject to a fine of up to €700 (US$755). Same goes if you pass out and fall asleep in a public place such as a park bench.

Get to know the Croatian character

Croatians can be quite reserved people, sometimes appearing brusque. It’s nothing personal, especially when you get to know them better and the initial reserve melts to reveal a warm and friendly side.

Be tactful when talking about Croatia’s war of independence

The 1990s war that splintered the former Yugoslavia is a topic that needs careful handling. If people show a willingness to talk about it, then by all means ask sensible questions. But don’t be intrusive, and bear in mind that Croatians won’t take too kindly to being called either Yugoslav or Balkan. Similarly, in this predominantly Catholic country, be mindful of making loud statements against religion.

Health and safety in Croatia

Can you drink the tap water?

Tap water in Croatia is perfectly safe and very drinkable.

Croatia has a history of earthquakes going back centuries, but two recent ones in 2020 caused significant damage. The quake that shook Zagreb damaged thousands of buildings, many in the old town including the cathedral. Soon after, the city of Petrinja, about an hour’s drive south of Zagreb, was severely damaged in a quake whose aftershocks rippled throughout the region.

Are there any safety concerns to keep in mind?

There are still parts of the country in the hinterlands of Northern Dalmatia and Lika where landmines remain from the 1990s war, but these will be signposted with a skull and crossbones symbol. Don’t be remotely tempted to go near them.

Dial 112 for general emergencies, 192 for police, and 194 for an ambulance. If you fall ill in Croatia and you're an EU citizen with a European Health Insurance Card (EHIC) or a UK citizen with a Global Health Insurance Card, you’re entitled to vastly reduced health care – for example, a doctor’s appointment is only 10 kuna (US$1.50). But even with this cover, you should still take out travel insurance.

Any special driving laws to know about?

If you’re driving in Croatia from November to April, it’s compulsory to have your lights on during daylight hours as well as at night. 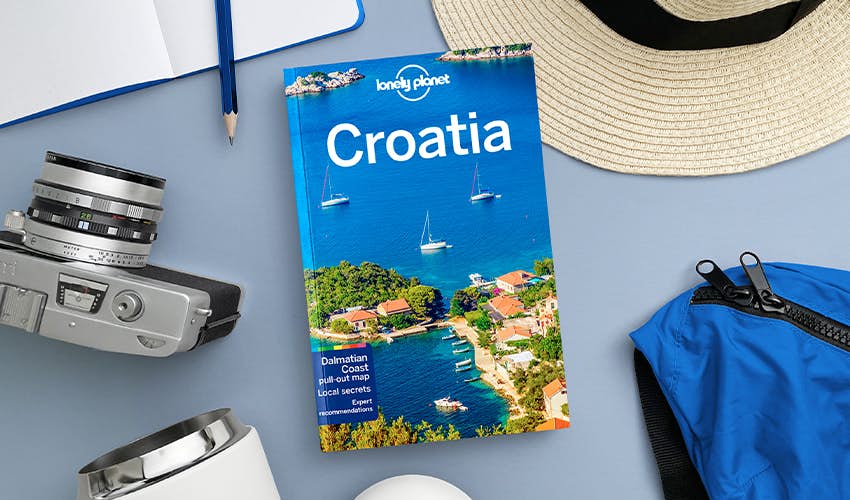 Get to the heart of Croatia with Lonely Planet&#39;s travel guide

Lonely Planet’s Croatia is our most comprehensive guide that covers all the country has to offer. Ideal for travelers that are visiting for an extended time and want to tailor their own trip. Take in the view of Dubrovnik from Mt Srđ, traverse Plitvice Lakes National Park and sample the best of regional food in Istria – all with your trusted travel companion.