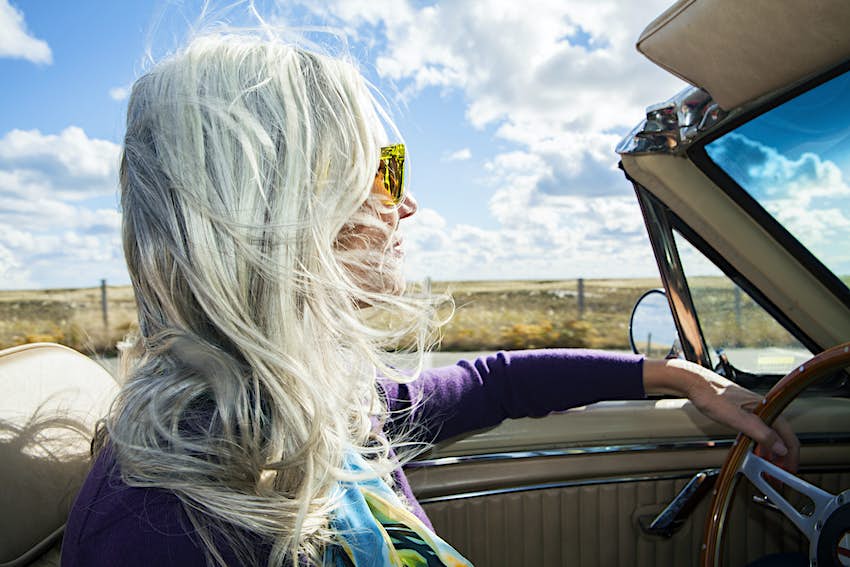 From forested mountains to windswept shores, historic cities to picture-perfect small towns, Massachusetts packs a lot of beauty and interesting sites into a relatively small area.

If you’re lucky with traffic (by no means a guarantee), you can drive from Boston to the Berkshires or the tip of Cape Cod in a little over two hours, but where’s the fun in hurrying?

Take your time to meander along backroads and byways, admiring the ever-changing views. Stop to savor the state’s bounty, from farm-fresh fruits and vegetables to seafood straight from the ocean.

Wherever you go in Massachusetts, you’ll be surrounded by echoes of the state’s dramatic history and evidence of its endless spirit of creativity and innovation. Here are six great driving routes that showcase the best of the Bay State.

This short but jam-packed drive follows the approximate route British soldiers took on April 18-19, 1775, as they marched from Boston intending to seize a rumored stash of weapons stored by colonial militia in Concord. Along the way, they met with unexpected resistance in a series of armed clashes that marked the start of the American Revolution.

The route runs through the towns of Arlington, Lexington, Lincoln, and Concord, passing historic sites like the Lexington Battle Green where the first shots were fired and Concord's North Bridge, where a larger skirmish took place.

Other attractions in the area include the homes of the 19th-century authors Ralph Waldo Emerson, Nathaniel Hawthorne, Henry David Thoreau, and Louisa May Alcott, as well as the Concord Museum and the DeCordova Museum and Sculpture Park in Lincoln.

Best road trip for a mix of nature and culture

The Berkshire Hills in western Massachusetts are one of the state’s most popular year-round recreational destinations. From summer hikes to winter skiing, brilliant fall foliage to world-class arts and culture, the region reveals something interesting around almost every turn.

Pack a picnic of local goodies from the Williamstown Farmers Market and hit the trail. In the summer, there are great events in and around Lenox, including Tanglewood Music Festival and Jacob’s Pillow dance festival, else you can explore some top-notch museums like the Clark Art Institute in Williamstown or the Norman Rockwell Museum in Stockbridge.

Route 7 is the main north-south road through the Berkshires but there are also worthy side routes leading to natural areas like Mount Greylock State Reservation – home to Massachusetts' highest point – and Hancock Shaker Village, a living history site in Lee.

If you're arriving in or leaving in the region along the Massachusetts Turnpike, get off the highway to travel the roughly parallel 33-mile Jacob's Ladder Scenic Byway (historic Route 20) between Russell and Lee.

Stunning mountain views, rushing rivers, dense forest, rolling farmland, and idyllic small towns all unfold along the Mohawk Trail, New England’s oldest scenic byway. As you descend from the Berkshires to the Connecticut River Valley, panoramic vistas reveal themselves around almost every bend, including a dramatic hairpin turn at Clarksburg.

Highlights along the route include Natural Bridge State Park, the Bridge of Flowers in Shelburne Falls, and the panoramic vistas of the Connecticut River from French King Bridge. Scenic at any time of year, the drive is particularly spectacular in the fall. Be prepared to share the road with many fellow leaf peepers on an October weekend.

You could zip through on Interstate 91, but getting off the highway reveals an abundance of cultural and historical delights, as well as opportunities to sample the region’s agricultural bounty from some of the valley’s many farmstands.

Visit more than 800 prehistoric dinosaur footprints in Holyoke, swing by the preserved 18th-century village Historic Deerfield, and tour museums dedicated to everything from basketball (invented in Springfield) to beloved children's book illustrators like Dr. Seuss and Eric Carle).

As you travel through the valley, the forest-covered summits of Mount Sugarloaf and the Mount Holyoke and Mount Tom ranges rise on either side of the river. All have excellent hiking trails leading to panoramic viewpoints.

If you have time, detour east of the Pioneer Valley to admire the scenic Quabbin Reservoir, Massachusetts’ largest source of drinking water. Access via Quabbin Park, at the reservoir’s south end, for trails and an observation tower.

Starting at Bourne, this road trip takes you past the elbow to the outer Cape where things become wilder – a world of big skies and sandy dunes sloping down to an endless sea. Route 6 takes you to the Cape’s tip but Route 6A is a more scenic alternative between Sandwich and Orleans. For a quintessential Cape Cod summer experience, pull into a drive-in theater or catch a free outdoor movie on a village green.

If you've got more time, catch the ferry from Woods Hole to Martha's Vineyard or Hyannis to Nantucket (advance ferry reservations are essential for both) and tour the delightful spots on what locals call simply The Islands.

Top things to do in Massachusetts

Around the North Shore

Best road trip for a bit of everything

Rich in history and gorgeous ocean views, this coastal region north of Boston is an easy day trip from the city. The trick here is to take your time, stopping to stroll along sandy beaches and rocky shores, admire stalwart lighthouses and discover the work of local artists.

Winding along the shore from Lynn, just north of Boston, to Salisbury on the New Hampshire border, the Essex Scenic Coastal Byway – a linked series of secondary roads – passes through many of the most interesting and scenic communities.

Immerse yourself in historic Salem, then follow the coast to Cape Ann, where fishing has been a principal way of life in the Gloucester and Rockport communities for four centuries. Be sure to stop at one of the many clam shacks to sample a New England original – the fried clam, which originated in neighboring Essex.

As you make your way north, you'll find great beach walks and birdwatching opportunities at Halibut Cove in Rockport, Crane Beach in Ipswich, and Plum Island in Newbury.