Where to avoid the crowds in Tenerife 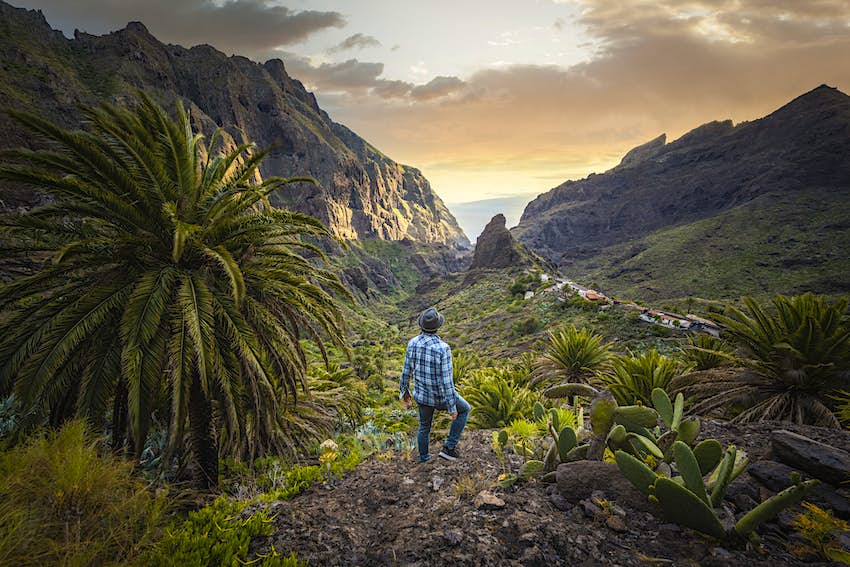 Enjoy a peaceful slice of nature in Masca, one of the most picturesque spots in Tenerife © Marco Bottigelli / Getty Images

Once considered the edge of the world, the Canary Islands stood where the Old World map ended before European explorers "discovered" civilization on the other side of the storm-tossed Atlantic.

These days the islands are very much on the vacation map, with their distinctive culture and one-of-a-kind landscapes ranging from glittering black-sand beaches to snow-capped volcanic peaks. Tenerife is the biggest and best-known of the bunch, but even this island has secret places for those who are willing to dodge the crowds and go the extra mile.

Venture beyond the crowded beach resorts in the south, the island's famous water park or the well-trodden hikes and trails to find a hidden Tenerife filled with more secluded spots where you can slip into the relaxed swing of Canarian life. It's an ideal destination to disconnect and enjoy the great, remote outdoors. Here's a handy guide to the best of secret Tenerife beyond the crowds.

The south coast beaches like Playa de las Américas and Los Cristianos thrum with beach-goers, but those in the know go north instead for a slice of proper coastal wilderness and fewer crowds. Some of the best northern beaches are terrifically secluded, so much so that you can only reach them on foot or by boat.

Getting to back-to-nature Playa de Antequera in the northeast, which some locals consider the best beach on the island, doesn’t come easy. It requires a two- to three-hour hike – or a shorter boat rental – from the town of Igueste de San Andrés. However, it’s worth the effort to lounge on its pristine sands, surrounded by cave-pitted cliffs and rock formations.

If you’re less inclined to hike, head to cliff-wrapped Playa de Benijo in the foothills of the Anaga Mountains, or Playa de las Gaviotas, a gorgeous scoop of dark sand below rugged cliffs, both of which are a tad busier because they accessible by car and shorter footpaths. Both have views of impressive volcanic rock formations and – if you’re inclined – are clothing optional.

Which of the Canary Islands is best for you?

Mt Teide isn’t exactly hidden: popping up above the lava-sculpted moonscape of the national park, it's Spain’s tallest peak and the third highest volcano in the world at 3715m (12,188ft). Its eruption millions of years ago contributed to the creation of Tenerife and is now one of the island’s biggest pulls. Most head up the easy way – via cable car – but you can stray away from the crowds and trek up on foot.

It’s a tough five- to six-hour hike from the cable car base station to La Rambleta at 3555m (11,633ft). The area surrounding the upper station is just 150m (500ft) short of the true Pico del Teide. Plan ahead and obtain a permit to go beyond this point and trek up to the crater summit, another strenuous hour on foot round-trip. You’ll be glad you decided to stand on the rooftop of Spain as, giddy with elation and short of breath, you take in views that sweep across the lunar valley and beyond to the islands of La Gomera, La Palma and El Hierro glimmering across the Atlantic.

If you don't want to hike up Mt Teide, easier walks dip into Parque Nacional del Teide. You’ll find parking areas to its otherworldly volcanic trails along TF-21 – the one road at the base of the peak – including those around the bizarre Roques de Garcia and Las Minas de San Jose.

Traveling to the Canary or Balearic islands in Spain? Here’s what to expect

Flicking out into the Atlantic in the northwest, Punta de Teno is a small peninsula jutting into the Atlantic that's wild and wondrous, with waves hammering a dark-sand beach, mountains rising sheer and rugged in the backdrop and a lighthouse blinking out into the expansive ocean. This scenic promontory was once overrun with visitors, but the Canarian government has placed limits on visitor numbers to curb the masses and to preserve the fragile environment.

But that doesn’t mean it’s completely off limits. Restricted car access during the day means it is now largely uncrowded, and you can visit on foot or by bike or public bus. The Teno Lighthouse, built in 1893, has phenomenal views of the west coast cliffs of Los Gigantes, soaring above a wave-lashed sea. Sunset is primetime viewing.

For a leap into cool, inky sapphire waters and a ramble into the caves, check out La Ballenita beach.

Masca Bay and the coast of Los Gigantes

Dangling precariously off a cliff, the astonishingly lovely mountain village of Masca is popular among day-trippers and with good reason – it’s a knockout. Some say the town is Tenerife’s answer to Peru’s Machu Picchu because it is flanked by a tall Huayna Picchu–esque mound, just like the Incan citadel.

Many people drop in to stroll Masca’s main drag of cafes and souvenir stores, but the real magic lies in the hike through Barranco de Masca, a tough six-hour round-trip trudge over stream, through orchard and past mighty walls of vertical rock to the sea. If you want to trim the walk a bit, time it so you can hop on a boat from the bay to the lofty cliffs of Los Gigantes. It will save your legs and also give you a sneak peek at some of the most memorable coast-scapes on the island. Kayak tours, which paddle along the coast of Los Gigantes, can be arranged in the nearby port town of Santiago del Teide, at the Puerto Deportivo Los Gigantes.

If this sounds too exerting, join one of the boat tours departing from the port of Santiago del Teide, which stops at calm coves in Masca Bay where you can take a quick dip. Along the way, you’ll likely be joined by pods of short-finned pilot whales. One of the world’s largest colonies dwells in these waters between Tenerife and neighboring La Gomera.

Tenerife’s appeal goes way beyond the obvious allure of its beaches and volcanoes. The north is a Darwinian wonderland of rare wildlife, shaggy mountains, craggy cliffs and ancient woodlands from the elevated pine forest on Monte de Esperanza to Parque Rural de Anaga, which encompasses much of the island’s northeast.

This vast mountainous area bubbled up from the seabed some nine million years ago and has evolved into a nature reserve so unique that it was given UNESCO Biosphere Reserve status in 2016. Among the twisted, lichen-swathed trunks of ancient laurisilva (laurel forest), scientists have recorded 1900 species, including reptiles, birds, fish and invertebrates.

A popular trek through Anaga Rural Park begins at the visitor center in Cruz del Carmen, on the TF-12 road, and wends down the trail to the coastal hamlet of Taganana for a dip in the ocean. The park is crisscrossed with incredible trails, which vary in length and difficulty. For something more gentle and accessible, Sendero de Los Sentidos (Footpath of the Senses) is a network of three easy nature walks from the visitor center. 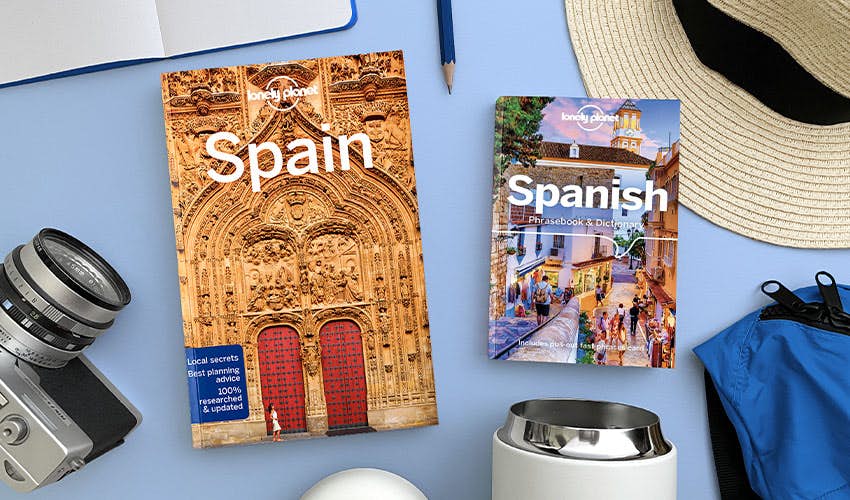 Make the most of your time in Spain with Lonely Planet’s range of travel guides and phrasebooks. Be the architect of your own trip as you discover the best things to do in Spain through insider tips, suggested itineraries and handy maps.