Where to get the best street food in Hanoi 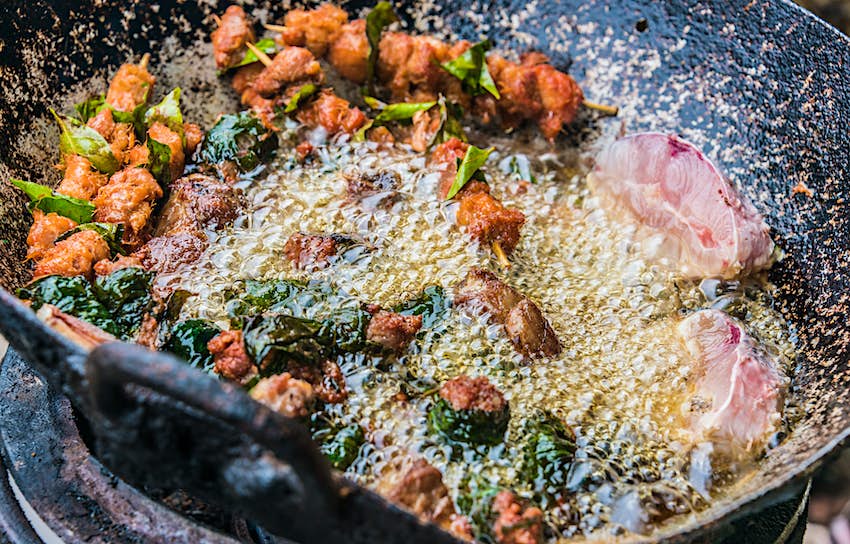 Beyond the three Bs, the capital’s food scene is as diverse as it is adventurous. Here are Hanoi’s best street eats, for both the brave and faint of stomach.

Perhaps the most popular dishes to have for breakfast when you’re in Northern Vietnam. These Vietnamese paper rolls are usually stuffed with minced pork and mushrooms but can also be filled with egg. It is intended for dipping in nuoc mam (fish sauce) along with fresh aromatic herbs - a staple ingredient in Vietnamese food. Enjoy at Banh Cuon Ba Xuan in Hoan Kiem, while watching the owner attending to her huge steamer and produce the finest rolls.

Forget chicken and beef – sea snail noodle soup is Hanoi’s classic comfort food. A standard bowl comes with rice vermicelli (bun), tofu, sometimes beef and crab meat, and a heaping plate of the greens that accompany most Vietnamese dishes. Key ingredients in the broth are tomatoes, wine vinegar, and pepper, giving it a nice kick. It can be found all over Hanoi, but locals will recommend a bowl on Ngo Sy Lien alley, in a shop tucked behind the market of the same name in Ba Dinh district. Good bun oc shops are exclusively open at night as this dish is traditionally served in evenings.

You can't travel to Hanoi and miss out on hot-pot. Although it might seem intimidating at first, it is may be the truest way to experience street food life in the city. Gather around the central pot of bubbling broth (often already prepared with tasty spices) and drop in a huge amount of whatever fresh vegetables, meat and seafood are to your liking. Cheer with traditional rice wine until it's cooked. Choose Lau Hang Beo on Tran Phu street (Ba Dinh district) to experience the real deal. For the most daring, some restaurants near the West Lake specialise in frog hot-pot.

Grab a plastic basket and some tongs; a Hanoi barbecue street food stall is a little like a farmers market, but with more squid and cow udders. A popular barbecue in the Old Quarter at 66 P Hang Bong has a good selection of veggies, meat kebabs, and seafood skewers. After choosing from the mystery meats (nothing is labelled), pull up a stool and get grilling on one of the mini burners that are placed at each table. Another barbecue at 61 P Quan Su offers tasty ribs, glazed okra, and funky-looking enoki mushrooms.

Just one of the soups in the 'bun' family (with rice vermicelli noodles) with fried fish pieces. Commonly enjoyed at lunch, here the broth is prepared with green vegetables often including a variant of 'morning glory' - a popular leaf commonly stir-fried or boiled. A combination of aromatic herbs, including cilantro and dill, make the taste unique. To try one of the most fragrant bun ca head to Bun Ca Van on Quan Thanh, in Ba Dinh district. Ask for a 'thap cam' (mixed toppings).

Banh xeo is part crepe, part pancake and 100% delicious. The Hanoian version of the savoury rice-flour cake is filled with prawns and bean sprouts, served with assorted greens, cucumber, and sour mango or papaya. Scissors are often supplied to help diners cut up the crispy banh xeo, which can be rolled in rice paper along with other toppings.

Most banh xeo places also serve nem lui, grilled pork sausages sometimes presented on a lemongrass skewer. P Doi Can, Ba Dinh District, has many street vendors that sell this popular dish, which is meant to be enjoyed in the evenings.

Like sliced pig-ear meat, eel is not an uncommon ingredient in Vietnamese salads. And no one serves it quite like Dong Thinh at 87 P Hang Dieu, Hoan Kiem District. For mien xao luon, crispy eel is mixed with stir-fried glass noodles, egg, and bean sprouts. Other options include mien tron (noodles tossed with eel, cucumber, and herbs) and chao luon (eel porridge). A display case out front is kept filled to the brim with dried eel, and with the constant foot traffic it’s easy to see why.

For a unique local food experience, head to 42C P Ly Thuong Kiet, Hoan Kiem District. You’ll see a woman on the side of the street with a carrying pole and two baskets: one holds a steaming pot and the other is filled with raw ingredients. She carries this every day, and mostly feeds hungry office workers during their lunch breaks. Her speciality is banh da tron: thick, flat noodles topped with sausage, fried fish cakes, tofu, peanuts and leafy vegetables. Thin glass noodles called mien are another option.

Banh tom is made from battered sweet potato and prawns, served with a side of fish sauce and papaya that is sweet and slightly spicy. These golden snacks are originally from Ho Tay, the West Lake area from shrimps caught locally. Today however, they are served in many markets in Hanoi. Some of the most recommended ones are sold at the beginning of a narrow street food alley in Dong Xuan market, the biggest market in Old Quarter. Make sure you arrive there early enough (before 11:30am) as stall tends to run out pretty fast! Wash the crispy cakes down with a glass of iced soy milk.

My Ga Tan is one of Hanoi’s most intimidating dishes. But after getting past the shock of realising there’s a chicken head peering back at you from your soup, you’ll find the dish is hearty and fulfilling. Diners have two options: the 'regular' chicken, or a miniature (and slightly more expensive) chicken called a black-bone silky, named for its black skin.

The chickens are stuffed into empty soda and beer cans with aromatic Chinese herbs. Next, the cans are placed over heat, allowing the meat to soak up the flavours while it simmers. Egg noodles (my) are added to the stew, and Vietnamese swear by the soup’s healing properties. Quan Cay Si restaurant at 29 Tong Duy Tan in Hoan Kiem District serves up the best in town.

To finish off with something sweet, try che, a 'sweet soup' made of layers including red bean and mungo bean pastes, glutinous rice balls in starch and herbal jelly cubes, topped with syrup and coconut shreds. This is the Hanoian version but you will find che across the country in many variations. On evenings and weekends, the Old Quarter buzzes with young people sipping lemon tea and spitting sunflower seeds, gathering at che places. A recommended address is Xoi Che Ba Thin at 1 Bat Dan in Hoan Kiem District. Order the mixed che thap cam and make sure they serve you with their town-famous jasmine syrup. 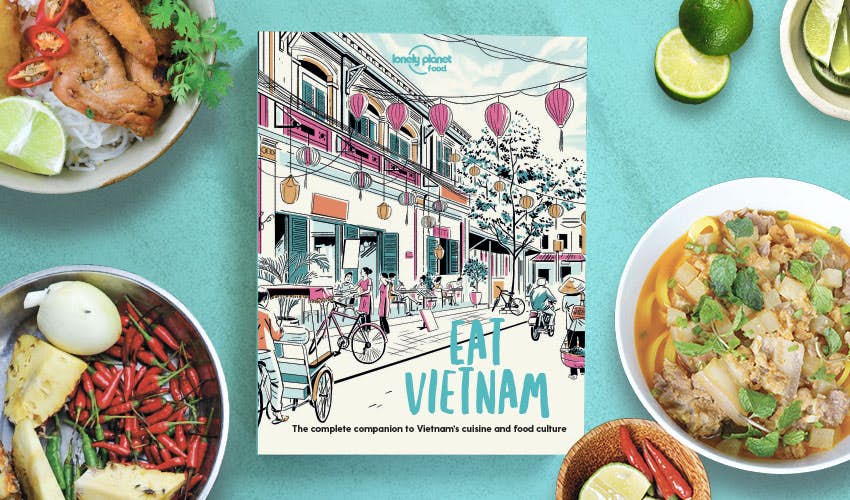 To help you feel prepared for the Vietnamese food scene we'll cover how, when and where to eat, etiquette dos and don'ts, and what classic regional specialties are a must try. You'll find the best places to eat in every region as well as what to order when you're there and how to eat it.

8 min read • Published about 4 hours ago

7 min read • Published about 9 hours ago

8 min read • Published about 19 hours ago