The 6 best neighborhoods in Indianapolis: a guide on where to find art, sports, Black culture and more 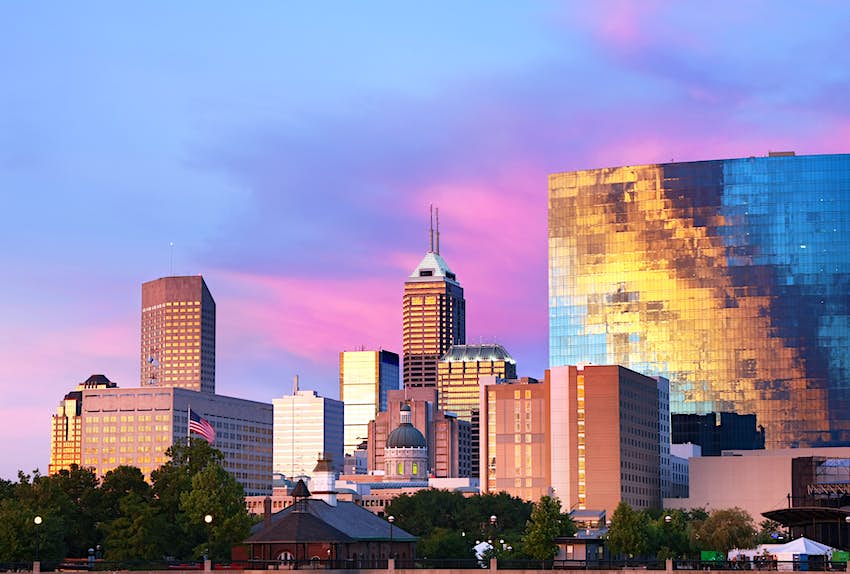 Indianapolis is among the biggest cities in the US, get to know the neighborhoods before you go © sydmsix / Getty Images

Among the 20 largest cities in the United States, Indianapolis tends to fly under many travelers’ radars. While sports fans know the Hoosier State’s capital for basketball, football and the Indianapolis 500, the professional race car event at the Indianapolis Motor Speedway, residents appreciate Indiana’s capital city for its cultural attractions too.

The Indianapolis Cultural Trail, an 8-mile walking and cycling route through the city’s central neighborhoods, takes you to many of its museums and public artworks. Indianapolis has a vibrant Black heritage that’s worth exploring, and several cool districts for art, music, and eating.

Here’s what to do in the best neighborhoods in Indianapolis.

Circular-shaped Downtown is the heart of the city

Downtown Indianapolis revolves around Monument Circle and its Soldiers and Sailors Monument, a limestone landmark built in 1902 that honors Indiana war veterans. Get oriented with a climb up its 331 steps for views across the city.

This neighborhood is where sports buffs cheer for the Indiana Pacers, who play basketball at Gainbridge Fieldhouse, and the Indianapolis Colts of the National Football League, which takes to the field at Lucas Oil Stadium, a venue that also hosts concerts and other events. The Indianapolis Indians play minor league baseball at Victory Field.

Downtown is where you’ll find many of the capital’s major hotels, making it a reasonable base for exploring. Stop for a snack at Indianapolis City Market on downtown’s east side or sit down to a steak with all the classic accompaniments at old favorite St. Elmo’s.

On the west side of Downtown, White River State Park is great for discovering local history and enjoying the outdoors. Follow the park’s meandering canal to the Eiteljorg Museum – which explores the culture of the American West and its indigenous peoples – and to the heritage highlights of the Indiana State Museum including a mammoth's skeleton. Sports lovers should stop at the NCAA Hall of Champions for its exhibits about college sports.

Check out the landmarks of Black culture on Indiana Avenue

Running northwest from the city center, Indiana Avenue was once the heart of Indianapolis’ jazz district. Ella Fitzgerald, Duke Ellington and other jazz greats performed at the more than 30 clubs that operated into the 1970s. Today, the neighborhood’s landmarks include the Madam Walker Legacy Center, a triangular 1927 building that became a hub of the Black community.

It’s named after Madam C.J. Walker, the entrepreneur who established a hugely successful beauty care business. Nearby, the historic Bethel A.M.E. Church has been incorporated into a recently built Hampton Inn/Homewood Suites hotel. Indiana Avenue is also home to the Kurt Vonnegut Museum and Library, where you can learn about the life of the Indianapolis-born author known for his works like Slaughterhouse-Five and Cat’s Cradle.

Restaurants and bars line Massachusetts Avenue, which leads northeast from downtown. Stop into The Ball & Biscuit for classic cocktails or Rathskeller for German-style beer garden brews. As you stroll Mass Ave, look for public art like Care/Don’t Care by artist Jamie Pawlus. The interactive work is modeled on the Walk/Don’t Walk pedestrian crossing signs on urban street corners.

Continue along Mass Ave to the Bottleworks District, where a 1920s Coca-Cola bottling plant has been redeveloped into an entertainment hub. At The Garage Food Hall, you can graze on treats from Venezuelan arepas (corn cakes) to burgers and cedar-and-whiskey ice cream. When you’ve had your fill, head for Pins Mechanical, an arcade and lounge that clangs with electronic games and clatters with duckpin bowling. You can stay here, too – in the Art Deco-style Bottleworks Hotel.

Detour a mile north of the Bottleworks District to Dr. Martin Luther King Jr. Park to see a unique memorial to two icons of the 1960s social change movement. The Landmark for Peace Monument is a steel sculpture of Dr. Martin Luther King Jr. and Senator Robert Kennedy reaching their hands toward each other. Kennedy, who was in Indianapolis on the day in 1968 when King was assassinated, gave a speech in this park, calling for love and compassion in the wake of King’s murder.

Families and art lovers can find fun north of downtown

Newfields isn’t a neighborhood exactly, but this 152-acre art and garden campus north of downtown Indianapolis is almost large enough to be its own district. Centered on the Indianapolis Museum of Art, which houses Robert Indiana’s original LOVE sculpture, significant collections of African and Asian art and a 11,000-sq-ft gallery of contemporary design, Newfields also includes a sculpture garden and wooded nature park. The centerpiece of the museum’s Clowes Pavilion is a digital ceiling projected with a mesmerizing loop of images, while on the top floor, THE LUME presents immersive multimedia exhibitions.

North of the city center, the massive Children’s Museum of Indianapolis is one of the top kids’ museums in the country. Beyond the  stegosauruses, spaceships and sports, the museum mounts exhibitions that are educational and thought-provoking for visitors of all ages. Walk through "The Power of Children", which features young activists from Anne Frank and Ruby Bridges to Ryan White and Malala Yousafzai.

Many of the heritage buildings along Virginia Avenue, extending southeast from downtown, have been converted to shops, cafes and restaurants. The heart of the district is Fountain Square Theatre, which opened in 1928 as a vaudeville theater and movie house and still hosts periodic events. The building also houses a bar and games lounge, the 11-room Fountainview Inn and Atomic Duckpin Bowl.

Stop for coffee and handmade truffles at Literally Divine Chocolates, sip spirits at craft distillery Hotel Tango or catch a show at indie music hub HiFi. Sate your plant-based appetite with creative vegan dishes at Three Carrots or grab a pastry from Wildwood Market in a former gas station. The nearby Fletcher Place neighborhood is another good eating destination, where you’ll find brunch favorite Milktooth and contemporary Bluebeard, named after a Kurt Vonnegut novel.

Take a break at The Idle, a quirky urban park where a short path through the trees leads to several rows of theater seats overlooking the highway. 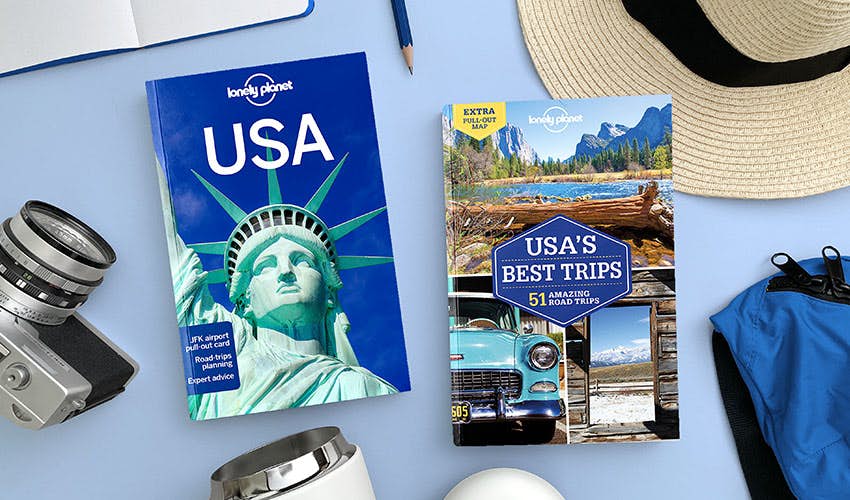