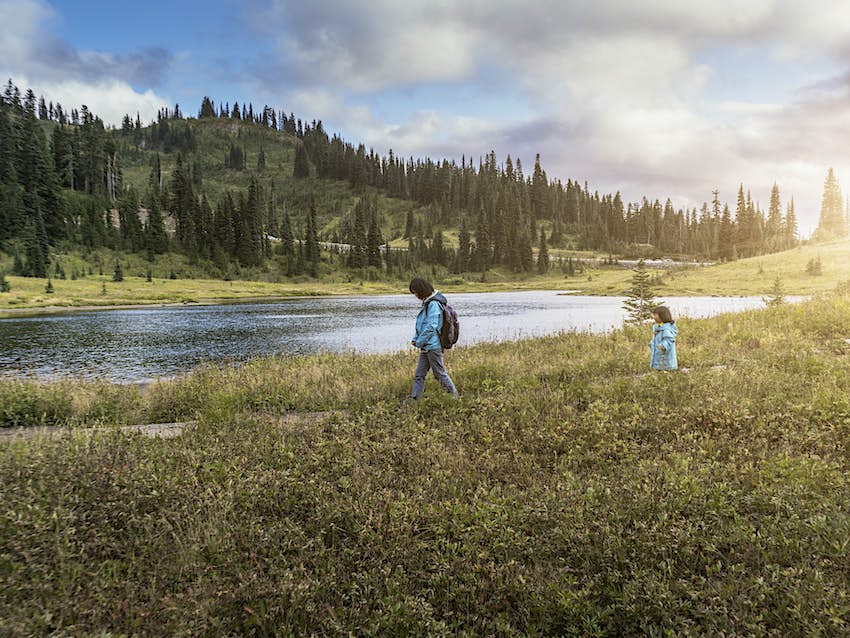 From hiking to kayaking, there's no shortage of fun to be found in Mt Rainier, North Cascades and Olympic National Parks © Getty Images / iStockphoto

Generously endowed with protected federal land, Washington hosts a trio of national parks – two more than Oregon, its larger neighbor to the south.

There’s Mt Rainier, famed for its eponymous volcano; Olympic, a striking green wilderness with a little-touched roadless interior; and North Cascades, a crinkled web of mountains that resembles a small slice of Alaska, broken off and towed south.

Complementing these three headliners is a less-heralded collection of national historic sites and parks, including the San Juan Islands and homages to the 19th-century Klondike Gold Rush and Lewis and Clark’s epic trek across America.

One of the country's most emblematic national parks, Rainier is anchored by a huge, glacier-encrusted stratovolcano that stands sentinel over the city of Seattle. While popularly known as Mt Rainier, it's also called Tahoma by the area's Indigenous Pallyup people.

US park pioneers recognized the area’s beauty and environmental importance early on – Rainier was the nation’s fourth national park when it was created in 1899 by President McKinley. A strong historical element remains in the form of several old buildings: handsome Paradise Inn, the "parkitecture"-style Longmire buildings and the Camp Muir Mountain Refuge, all constructed between 1916 and 1929 and designated National Historic Landmarks.

The park is famed for its glaciers (25 of them), subalpine flower meadows, tracts of old growth forest and – most of all - the bedazzling 14,417ft mountain that sits in its midst. Mt Rainier is the fifth-tallest peak in the Lower 48, and the highest by prominence.

Hiking is the most widely practiced activity in Rainier. A well-marked web of trails oscillates between the mega-adventurous (the 93-mile Wonderland Trail, which completely circumnavigates the mountain); the accessible (the 0.8-mile Trail of the Shadows Loop); and the eye-poppingly beautiful (the five-mile Skyline Trail that meanders through gorgeous flower meadows).

Camping and wildlife-watching are enduringly popular. There are several drive-in campgrounds and an abundance of fauna, including black bears, elk and mountain goats. The park is also an important nexus for mountaineering: some 8000 climbers attempt to ascend Rainier every year, and about half make it.

A two-hour drive from downtown Seattle, Rainier is easily accessible by car and has a basic network of roads, climbing to 6400ft at Sunrise, the highest point. Of four main entrances, Nisqually in the southwest is the most used. While there’s little in the way of public transport, it’s possible to see the park’s highlights on a day-long bus tour from Seattle.

Entry is $30 per vehicle. You can stay overnight in one of four campgrounds (one of them tent-only), and two historic lodges.

One of the least-trafficked national parks outside of Alaska, North Cascades only gets around 20,000 annual visitors, thanks to its isolation, lack of roads and uncompromising wilderness credentials. This is all good news for the solitude seekers, gung-ho adventurers and ardent naturalists who make up the majority of the small trickle of visitors.

Herein lies the highest level of biodiversity in the US. The park is split into two sections, separated by the Ross Lake National Recreation Area, a narrow ribbon of land bisected by Hwy 20, the park’s summer-only access road, and the location of two major hydroelectric dams that provide electricity for Seattle.

The north section of the park is the most impenetrable, favored mostly by serious mountaineers and people in search of true backcountry. The names of the region’s lofty peaks say it all: Mt Despair, Mt Terror, Mt Fury and Damnation Peak. Many of these hard-to-reach mountains weren’t officially climbed until the 1930s.

The southern half of the park, abutted by the Lake Chelan Recreation Area, is a little more accessible. The 3.7-mile jaunt up to Cascade Pass is the park’s favorite excursion, providing a gateway to the iconic Pacific Crest Trail and the Stehekin River Valley to the south.

Located 100 miles northeast of Seattle, you’ll need a car to access the North Cascades trailheads on Hwy 20. The highway is closed in the winter (November to May).

The park is one of only a handful in the Lower 48 that’s free to enter. The only accommodation options are a half-dozen campgrounds scattered along Hwy 20 and a floating resort on Ross Lake.

Located on the insular Olympic Peninsula and surrounded on three sides by water, this lushly forested park was first designated in 1909 by pioneering US president Teddy Roosevelt, a doyen of the early environmentalist movement.

It’s best known for its tracts of old-growth temperate rainforest, one of the wettest ecosystems in the US. Huge spruce, hemlock and fir trees draped in moss and ferns characterize the drippy Hoh Rain Forest, on the park’s west side, where it’s possible to stroll along interpretive trails and perhaps catch a glimpse of the area’s emblematic Roosevelt elk.

Ringed by the paved Hwy 101, the park’s interior is a roadless wilderness filled with enchanting valleys and steep glaciated mountains. On its edges lie a scattering of more accessible sights, including Sol Duc hot springs, the historic Lake Quinault Lodge and Hurricane Ridge, a visitor nexus perched at 5242ft, which hosts one of only three lift-operated national park ski areas in the US.

The Olympics also protect a tract of Washington’s wild Pacific shoreline. The 60-mile-long strip is speckled with storm-lashed beaches, rugged trails and remnants of the region’s ancient Indigenous culture, including Ozette, a 2000-year-old Mahak village unearthed during a Pacific storm in 1970.

Activity-wise, the park is favored for its skiing, beachcombing, rainforest exploration, wildlife-spotting and hiking. A number of short interpretive trails emanate directly from Hwy 101, while a challenging multi-day excursion, the Seattle Expedition hike, penetrates the interior.

The park is easily reached by car from Seattle and by ferry from Victoria, Canada. A number of public buses ply Hwy 101. Entry is $30 per vehicle. There are 14 official campgrounds and four historic park lodges and resorts.

The best of the National Historical Parks

Klondike is a unique park that crosses state lines and an international boundary – there are several sites in Skagway, Alaska, and another outpost in Dawson City, Canada. The main focus in Washington is an excellent free-entry museum in Seattle’s Pioneer Square, which tells the story of a city whose early development was powered by its role as "base camp" for fortune-seekers in the Klondike Gold Rush.

Another park that crosses numerous state boundaries, Washington marks the endpoint of Lewis and Clark’s legendary journey across America. The premier site is Cape Disappointment State Park at the jaws of the Columbia River, where you’ll find a lighthouse, a web of blustery trails, the ruins of an old fort and an impressive interpretive museum that covers the Corps of Discovery’s epic 1804–6 trip, with an attention to detail befitting the two pioneering explorers.

Designated in 2013, San Juan Island National Historical Park harks back to a notorious border dispute in 1859, when the British and Americans nearly went to war over a dead pig. The curious incident is depicted in two separate sites on the island, English Camp and American Camp – the legacy of a time when the island was disputed territory and occupied by troops from both nations. The park features military quarters, earthenware fortifications, a cemetery and a new visitor center.

Epic Hikes of the World 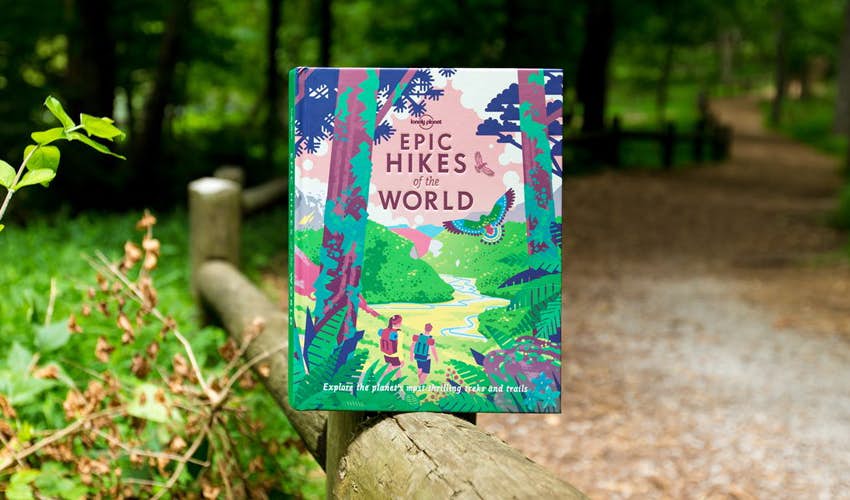 With stories of 50 incredible hiking routes in 30 countries, from New Zealand to Peru, plus a further 150 suggestions, Lonely Planet’s Epic Hikes of the World will inspire a lifetime of adventure on foot.