10 of the best hikes in Washington: follow beautiful trails through The Evergreen State 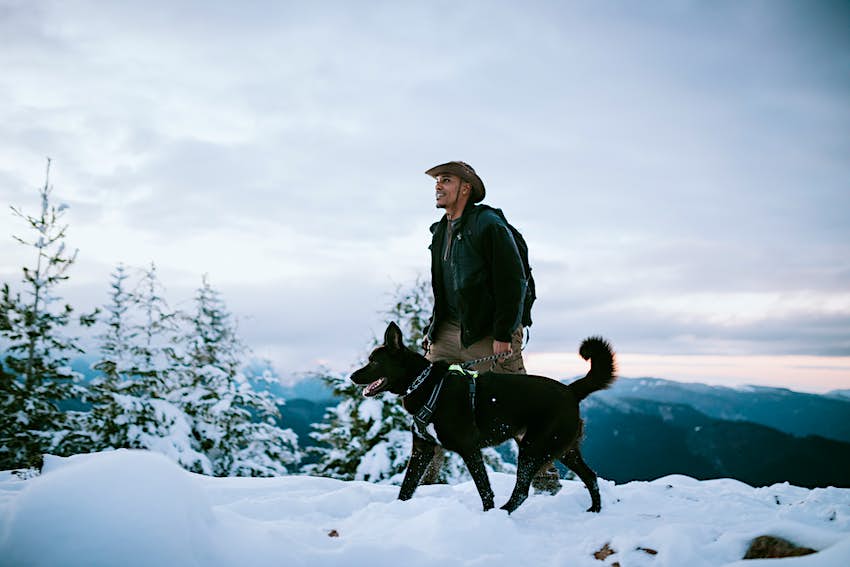 Shoehorned in the extreme northwest of the contiguous US, Washington has hiking ingrained in its DNA.

Herein lies the northern terminus of the Pacific Crest Trail (part of the "Triple Crown" of US hiking), the headquarters of the American Alpine Institute, and three pioneering national parks: iconic Mt Rainier, the primeval Olympic peninsula, and the lonesome mini-Alaska of the North Cascades.

When you’re done pacing the state’s saw-toothed mountains and rain-soaked forests, you can stroll the less threatening fields and hedgerows of the bucolic San Juan Islands, or warm down on the pleasantly paved (and accessible) Burke-Gilman trail in urban Seattle. Be introduced to the beauty of the aptly named "Evergreen State" with this hiking guide.

The Wonderland Trail is a challenging multi-day hike

Backcountry endurance athletes will love the Wonderland Trail, Mt Rainier's classic long-distance hike, a 93-mile pilgrimage which completely circumnavigates the mountain and logs a cumulative elevation gain of 21,400ft. Conceived in 1915, the trail is well-marked and completed by between 200 and 250 hikers a year. Incorporating multiple ecosystems into its course, it reveals captivating vistas of Rainier and its 25 glaciers from every angle.

Longmire near Mt Rainier national park’s Nisqually entrance is the most popular starting point for the multi-day extravaganza. The majority of hikers tackle the route in a clockwise direction in July or August after the snow has melted, and the mountain’s famous wildflowers are in bloom. There are 18 backcountry campsites en route.

The Enchanted Valley Trail is the best hike for wildlife-spotting

Billed as one of the easiest and downright charming ways to delve into the roadless interior of Olympic National Park, this gentle, easy-to-follow trail stretches for 13.5 miles from the Graves Creek trailhead to a large riverside meadow, the site of a handsomely mildewed wooden cabin dating from the 1930s. Much of the early miles are through a wooded valley studded with magnificent old growth trees and bisected by the gurgling Quinault River. After passing the O’Neil Creek campsite, the trees slowly thin out to reveal sheer cliff faces and peaks rising 2000ft from the valley floor. During the spring snowmelt, the precipice is drizzled by innumerable waterfalls (locals claim there are 10,000!), while the valley is decorated with a rich rainbow of wildflowers. You can camp by the enchanting but closed-to-public cabin before hiking back the way you came. Berry-seeking bears, shy deer and herds of elk are common in these parts.

The northern half of Washington state is characterized by its wild, storm-lashed beaches, many of them protected within Olympic National Park. For a taste of this remote, elemental coast, come to Lake Ozette, 31 miles southwest of the town of Clallam Bay. Its the location of a 2000-year-old Ozette-Makah village uncovered during a Pacific storm in 1970 (most of the archaeological site was backfilled in the 1980s).

From the lake you can follow the 3.3-mile Cape Alava Trail to the westernmost point of land in the Lower 48. The trail, much of it across a raised boardwalk, delivers you to a rocky weather-beaten beach speckled with islets and sea stacks. Turn south here and – tide permitting – traverse the beach for three miles. Rocks, sand and fallen trees make it tough going (check tide charts in advance) but, halfway along, you’ll stumble upon the Wedding Rocks, the most significant group of petroglyphs on the Olympic Peninsula.

Loop back to the Lake Ozette trailhead by following the well-marked Sand Point Trail that plunges inland from the beach completing an almost perfect triangle.

Bereft of road connections to the outside world, the remote Cascadian village of Stehekin is reachable only by boat or seaplane or – if you’re up for a bold backcountry adventure – on foot. Three main trails head south off Hwy 20 to converge on the isolated community. The quickest and most spectacular is the 23-mile hike over Cascade Pass (reached via a steep 3.7-mile climb from the Cascade River Rd) that follows the route of a former Native American trading path switching back to the 5392ft subalpine saddle. The area is the current focus of a national park revegetation effort.

After ascending to the pass, the path continues down the other side into the Stehekin River Valley where it joins briefly with the Pacific Crest Trail before descending to High Bridge, from where you can catch a three-times-daily shuttle bus for the last 11 miles into Stehekin. Numerous backcountry campsites are available en route.

Desolation Trail is a great route for literary enthusiasts

Loaded with historical and literary significance, the Desolation Trail up to Desolation Peak (6102ft) in the North Cascades takes you to a historic fire lookout, built in 1933, which was the one-time refuge of American Beat writer Jack Kerouac who worked as a watchman at this remote spot during the summer of 1956. The shortest ascent to the lookout from Ross Lake follows a steep, strenuous trail that gains 4475ft in less than four miles. The reward is stunning vistas of the twin peaks of Hozameen and, perhaps, echoes of the literary inspiration that prompted Kerouac to write Desolation Angels and The Dharma Bums.

To complete the hike in a day you'll need to catch a water taxi from Ross Lake to a trailhead on the lake’s upper eastern shore. Alternatively, the peak can be hiked via a longer 43-mile round-trip route starting from a trailhead at milepost 138 on Hwy 20.

If you’ve grown tired of climbing through thick forests to peek-a-boo viewpoints, this hike will save you some of the grunt work. Set in a high alpine nirvana amid the lake-scattered bowls and slopes of Mt Baker and Mt Shuksan, the Chain Lakes Loop starts at Artist Point (5100ft), at the end the Mt Baker Hwy, enabling you to get above the treeline by car. Beware, snow can keep the road closed until early July.

The hike itself follows a moderate, well-trafficked route that’s spectacular from start to finish. From the parking lot, it traverses the lava walls of Table Mountain before dropping down to pass a half-dozen icy lakes surrounded by huckleberry meadows. Iceberg, Hayes, and Bagley lakes all unveil their glassy beauty. In the background, you’re treated to intermittent snapshots of Mt Shuksan (9131ft), the peak that launched a thousand calendar spreads, and Mt Baker (10,781ft), northwestern Washington’s omnipresent sentinel and one of the snowiest places on earth.

After passing the Heather Meadows Visitor Center take the Wild Goose Trail back to Artist Point.

Dog Mountain Trail is the best hike for wildflowers

The toast of all Columbia Gorge hikes is a steep 3.8-mile climb up Dog Mountain, the best place in southern Washington for late-spring wildflowers. The uphill is unrelenting, but it ends in open fields full of balsamroot, paintbrush, lupine, and more, framed by sweeping views over the mighty Columbia River, as wide as a lake at this point in its course. Oregon occupies the opposite bank and various Cascade volcanoes flash their brilliance in the distance.

The hike operates a permit system in the spring months to minimize crowds. Book online.

Bluff Trail is a good hike to do as a family

If your knees aren’t up to mountain scrambles or bushwhacking through Washington’s backcountry, try this bucolic stroll through a National Historical Reserve where the elevation change is minimal, and the wildest animal you’re likely to see is a frightened rabbit. Welcome to Ebey's Landing, a 17,000-acre patchwork of working farms, historic blockhouses, and coastal bluffs spread across two state parks on the western shores of Whidbey Island, 30 miles north of Seattle.

The reserve’s best walk, the Bluff Trail, departs from the Sunnyside Cemetery just outside the historic town of Coupeville near the island’s narrowest point. The white hump of Mt Baker dominates the eastern horizon and the peaks of the Olympics march away to the west as you head through wheat fields to a coastal bluff where the trail loops past wind-contorted trees and flower-covered slopes. Zigzagging down to a beach backed by a lagoon, the path doubles back on a parallel route to the start. Interpretive boards, wildfowl, and marine ecosystems provide distractions en route.

Tucked away in forest on the southern side of Mt St Helens, Ape Cave is a two-mile-long lava tube – the longest in the western hemisphere - formed around 2000 years ago in one of the volcano’s earlier eruptions.

It offers the opportunity to partake in an unguided cave walk up to 1.5 miles in length (although there’s a shorter 0.8-mile option) and digest a bit of the area’s volcanic history in the process. Interpretive boards explain the basic geology and forest rangers lead guided walks in summer. Bring good footwear, several torches/flashlights, and a jacket (it gets cold even in summer).

Stairs aid entry to the cave but, once inside, passages are narrow and there are several lava-falls that must be climbed over, including one that’s 8ft tall. From the upper entrance, a forest path meanders 1.5 miles back to the parking area. A permit system has been introduced to enter the cave so book online before your visit.

Skyline Trail is the best route for glacier viewing

Starting behind the historic Paradise Inn perched at 5400ft on the southern slopes of Mt Rainier, this gorgeous loop climbs approximately 1900ft taking in the lofty lookout of Panorama Point, with superb views of both Mt Rainier (in close-up) and the more distant Tatoosh Range. Best done clockwise, the circuit incorporates glacier views, above-the-treeline paths patrolled by whistling marmots, and expansive flower meadows replete with lupine, paintbrush, asters, and bistort. Late July and early August is peak wildflower season and the best (but busiest) time to visit. Pick up a trail map at the Henry M Jackson Visitor Center next to the Inn. Due to its famed beauty, the trail is well signposted and trafficked. There are a couple of opportunities to cut corners and make the loop shorter.

Buy Epic Hikes of the Americas 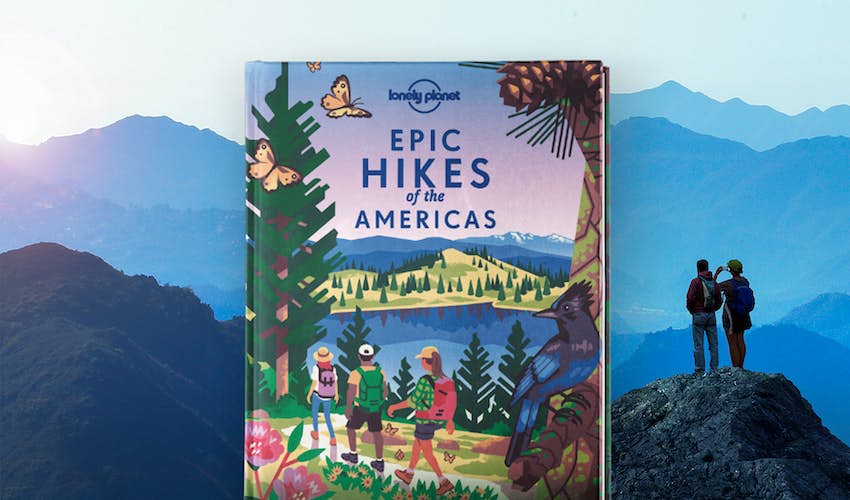 Epic Hikes of the AmericasLonely Planet

Lace up your hiking boots and get ready to explore 50 of the Americas’ most epic hikes. Ranging from one-day walks to multi-day treks, each route is graded according to its challenge and features a first-person account from a writer that has completed it, accompanied by a map, inspiring photos and practical planning details.

Buy Epic Hikes of the Americas