10 of the best free things to do in Porto: seaside strolls, street art and sunsets 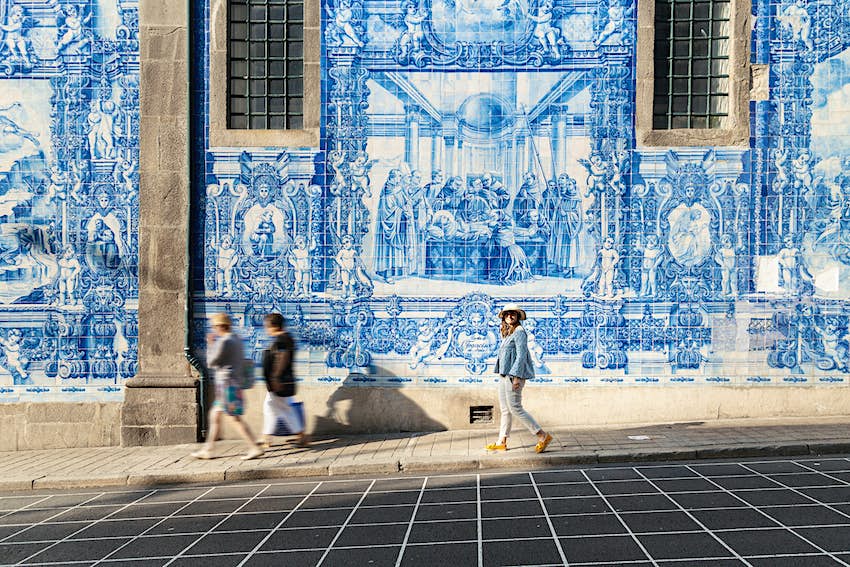 One of Portugal’s most captivating cities, Porto can be surprisingly affordable to visit. You’ll find good-value lodging, inexpensive public transport and plenty of budget-friendly places to eat and drink. Porto also has loads of activities you can enjoy without spending any money at all, from taking breezy walks along the seaside to watching the sunset from a hilltop garden.

There’s plenty of opportunity for DIY adventures experiencing Porto’s wide-ranging culture. Hunt for some of Portugal’s finest azulejo-covered murals, track down hidden street art by Porto-based artists or get off the beaten path exploring a 19th-century graveyard. Here are the best things to do in Porto for free.

Fall in love with the colorful azulejos

Take one look at Porto and you’ll appreciate the city’s affinity for azulejos, those distinctly Portuguese blue-and-white tiles that add a dash of flamboyance to the cityscape. Many heritage buildings are sheathed in striking geometric designs or impressively detailed murals, with the latter doubling as open-access history files.

The entrance of the São Bento train station takes the cake with 20,000 hand-painted tiles depicting scenes from Portugal’s past – from industrial milestones to wartime victories. Other Insta-worthy contenders include the brilliant, azulejo-covered churches of Capela das Almas, Igreja do Carmo and Igreja de Santo Ildefonso. For a modern take on tile traditions, check out the artist Júlio Resende’s expressionist masterpiece Ribeira Negra, which lies near the base of the Dom Luís I bridge at the entrance to the Ribeira Tunnel. Then there are all the less prominent, but equally endearing tiled façades scattered across the city. Start an azulejo photography journal and you could lose yourself for days.

Some of Porto’s best artwork won’t cost you anything to see – apart from a bit of effort tracking it down. You’ll find large-scale murals, hidden stencil paintings and some jaw-dropping installations carved into cement walls. Porto-based artists to seek out include Hazul Luzah (a pseudonym), who creates geometric works that defy convention; Costah, known for his playful, brightly colored murals; and MrDheo, who dazzles with photorealistic pieces.

High on any list should be the Travessa de Cedofeita and Escadas do Codeçal, as well as the parking lot at Trindade, with its large-scale murals. Lapa, just one metro stop north, is another hot spot, as is the gallery-dotted Rua Miguel Bombarda. Another gem is O Coelho – Bordalo II, which is a cute but vaguely cyborg-ish rabbit lurking on a corner in Vila Nova de Gaia. At Largo de Artur Arcos near the riverside, Eime pays homage to Portugal’s elders in a three-story tall stencil. Just up the road from there, you’ll find Vhils’ much-photographed mural – made from chiseling directly into the building.

Take a seaside stroll along the Foz do Douro promenade

An easy 25-minute bus ride west of the center, you’ll find the oceanfront district of Foz do Douro. Here you can follow a paved path for pedestrians and cyclists that takes you past sandy beaches and rocky shorelines all the way up to Matosinhos Beach, around 2.5km (1.6mi) north. Along the way, you’ll pass grassy overlooks, an elegant pergola and some well-placed cafes for refueling while taking in the lovely scenery.

Watch the sunset from Jardim do Morro

Porto’s golden sunsets have a magnetic pull. Come late afternoon, hordes of sun worshippers find a river-fronting patch of turf to watch the sun make its steady descent into the distant Atlantic. Grab a craft beer from Catraio, a picnic blanket and some Serra da Estrela cheese, and follow the crowds to the slopes of Jardim do Morro (from where you’ll see the romantic picture-perfect panorama of Porto). The journey here is part of the fun, whether walking across the Ponte de Dom Luís I, taking the metro (D line, which also goes across the bridge) or the scenic Teleférico de Gaia, an aerial cable car that travels up from the Gaia riverside.

Porto’s top destination for concerts is the Casa da Música, the architecturally striking performing arts hall overlooking the Boavista Rotunda. In the summertime, you can catch free outdoor concerts on the esplanade. From Thursday through Saturday nights, groups playing folk, jazz, classical and blues as well as eclectic sounds from Brazil and beyond take to the stage of the cafe terrace. Shows kick off at 9:30pm or 10pm.

Be transported at the Portuguese Center of Photography

A short hop from the grand Avenida dos Aliados, browse free exhibitions in the eerie enclave of an old prison at the Centro Português de Fotografia. There are both permanent and temporary expositions displayed across the three stories, showcasing a mix of contemporary and historical works from both Portuguese and international photographers. Thick granite walls and windows fixed with forbidding iron grates remind you of the building’s function before its decommissioning in 1974 following the Portuguese revolution – its revival as a gallery space happened in 2000.

See the gardens at Jardins do Palácio de Cristal

The Jardins do Palácio de Cristal provide a serene and sizable patch of inner-city greenery. Stepped terraces offer delightful views across the Douro and Vila Nova de Gaia stretching along the south bank.

These days, the nineteenth-century "crystal palace" is decidedly absent, having been replaced by a domed 1950s-built sporting facility that bears a faint resemblance to a UFO (book a guided climb to the top for a closer look). Use it as a beacon to find the garden entrance, then set off across the eight hectares (19.7 acres) to discover a medley of landscaped gardens.

While there’s a certain appeal to clacking along the Douro River in one of Porto’s quintessential old trams, taking the same route by foot can be just as rewarding and undoubtedly less crowded.

Set off from the Ribeira district and head west for 6km (3.7 miles). Pass tangles of fishing nets and boats bobbing with the tide before reaching the point where the river dissolves into the ocean. Continue out to the jetty to watch the ocean throw its weight against the hexagonal 19th-century Felgueiras lighthouse, but stay alert or resign yourself to a soaking from a merciless wave.

Ambling alongside the dead might not be at the top of every holidaymaker’s hit list, but Porto’s ten-hectare (24.7-acre) Cemitério do Prado Repouso is an unconventional attraction with an alluring calmative quality. Rows of magnolia and camellia trees shade the tombstones of everyday folk as well as former mayors, physicians, actors and writers (identified in both Portuguese and English). There is also a monument that honors those who lost their lives in Porto’s 1891 revolution, which triggered Portugal’s republican movement.

Get a history lesson at Igreja da Lapa

The gallant figure on horseback in Porto’s main square denotes King Pedro IV of Portugal and the first emperor of Brazil, who, despite hailing from Lisbon, had a particular affinity for Porto. He requested that his heart be bestowed to the city upon his death (the scene shown at the base of the statue symbolizes this moment) and it landed in Igreja da Lapa in Porto’s north. While there’s no science-lab jar of preserved remains to ogle at, the Catholic church is a worthy attraction off the main tourist trail – not least for its place in Portugal’s historical timeline but also for its neoclassical architecture and tranquil demeanor. It also has one of the largest pipe organs in Europe. 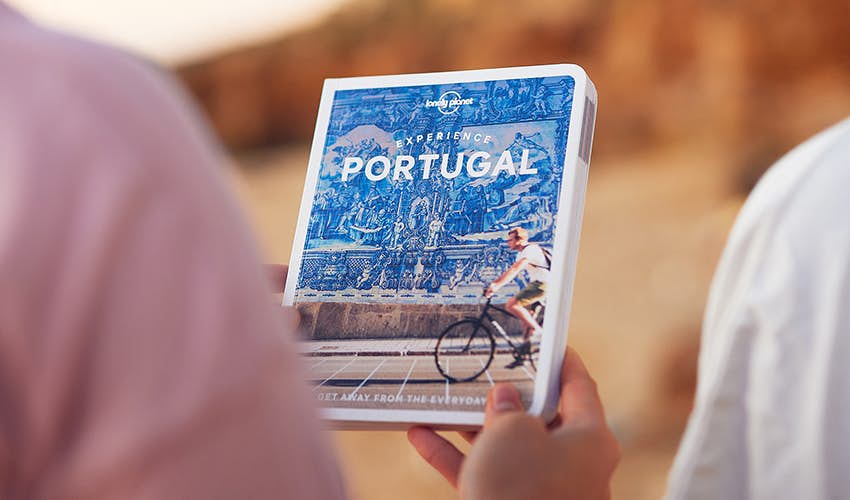 Lonely Planet’s Experience Portugal is your guide to unforgettable experiences and local surprises. Listen to authentic fado in Lisbon, explore the colourful palaces of Sintra, feast on the freshest seafood in the Algarve – all guided by local experts with fresh perspectives.