The 8 best castles in Scotland 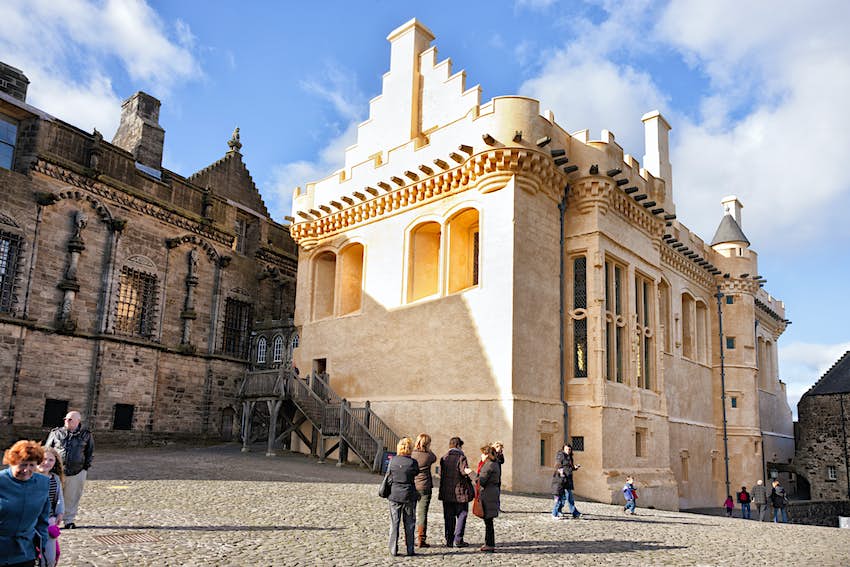 Scotland’s turbulent history of battles in the glens has bequeathed the country a magnificent selection of castles, with the added bonus of its rugged landscape.

Whether you roam the fortresses overlooking Edinburgh and Stirling or seek out a romantic ruin amid the vast lochs and brooding mountains of the Scottish Highlands, inspiring historical adventures await.

Perched atop the volcanic plug of Castle Rock, the Scottish capital’s crowning glory is a strong start to a tour of the best castles in Scotland. The history of Britain’s most besieged place goes back a thousand years, and the castle’s Georgian barracks proudly overlook the Princes Street Gardens that separate Edinburgh’s Old and New Towns.

Highlights include the firing of the One o’Clock Gun, a tradition dating to 1861, as well as James IV’s wooden-beamed Great Hall and the 16th-century Royal Palace. In the latter, don’t miss the chamber where Mary, Queen of Scots, gave birth to James VI, the first monarch of both Scotland and England.

Eilean Donan often serves as a pin-up for the storybook romance of the Highlands, with its splendid location on a rocky islet at the meeting of three mountain-rimmed lochs. You’ll see its reconstructed medieval towers and turrets from the main road west to Skye, but it’s worth crossing the stone bridge to one of the finest castles in Scotland.

Featured in films such as the James Bond flick The World Is Not Enough, it stood strong from the 13th century until 1719, when English men-of-war bombarded its 5m-thick (16ft) walls while besieging Spanish troops during the Jacobite uprisings. Inside, you can imagine yourself a Jacobite plotter on the battlements, peek through spy holes, hold a cannonball and wield a claymore – the hefty sword brandished by William Wallace in Braveheart.

Embark on a family-friendly historical adventure at Stirling Castle

The Jacobite uprisings sought to restore the House of Stuart to the British throne, and you can follow those monarchs to their imposing fortress atop riverside Castle Hill. “He who holds Stirling, holds Scotland,” goes the old saying – and the castle has witnessed some 20 sieges and battles.

Dunnottar Castle is one for drama queens (and kings)

This windblown relic atop the 49m-high (160ft) cliffs of a headland on the North Sea coast is unbeatable for sheer drama. A visitor center is planned, but for now, the medieval fortification is a place to absorb the romance of its scenic setting and long history, perhaps while approaching along the Aberdeenshire Coastal Path from nearby Stonehaven.

William Wallace, Mary, Queen of Scots, and Charles II all passed through, but Dunnotar’s proudest moment was helping a small garrison safeguard the Scottish crown jewels (now on display at Edinburgh Castle) from Oliver Cromwell’s forces.

Like a wing of the Palace of Versailles transported to the Northern Highlands, the conical spires of this 189-room chateau overlook its formal gardens and the Moray Firth. The traditional seat of the Earls and Dukes of Sutherland, its stately rooms and corridors bring Downton Abbey to mind, with their stag heads, gilt-framed portraits and family-crest-emblazoned fireplace.

There’s a tearoom, a museum, falconry displays and gardens laid out by Sir Charles Barry, architect of London’s Houses of Parliament. Open between April and October, the former naval hospital and boys’ boarding school has seven centuries of history, making it one of the UK’s longest continuously inhabited houses.

Channel the Bard at Cawdor Castle

One for actors who superstitiously refer to Macbeth as “the Scottish play,” this looming pile features in Shakespeare’s tragedy, when the protagonist fulfills the witches’ prophecy that he will become Thane of Cawdor.

The play’s 11th-century events predate the castle by a few centuries, but the fairy-tale rooms and gardens nonetheless offer many Scottish legends. Explore the walled garden and visit the medieval tower built around a lucky holly tree, which protected Cawdor through the Jacobite uprisings.

Shakespearean completists should check out another glorious Highlands edifice, Glamis Castle, the setting for much of Macbeth (and the late Queen Mother’s childhood home).

You can tour 30 rooms of this whitewashed Scots Baronial masterpiece in the southern foothills of the Cairngorms, where the Atholl family left medieval, Georgian and Victorian imprints. Step into the wood-paneled entrance hall, adorned with muskets used at the Battle of Culloden, and wander the hushed rooms of furniture, china and lace, collected by 19 generations of adventurers, Jacobites and royalists.

Stay in a cottage or shepherd’s hut to appreciate the landscaped grounds, where peacocks and red squirrels inhabit the 3.6 hectare (9 acre) walled garden, woodland grove, deer park and sculpture trail. The estate is home to both sustainability schemes and Europe’s last remaining private army, the Atholl Highlanders, which guarded Queen Victoria during her stay at the castle.

For a Cairngorms castle crawl, gallop northeast to 17th-century Braemar Castle (reopening after renovations in July 2023) and the royal-owned Balmoral Castle, where the ballroom and gardens open to the public between April and August.

See the towers and turrets of Inveraray Castle

Loch Fyne in the Western Highlands is famous for both oysters and this pearl of a Scottish ancestral seat, its tubular towers crowned with witch’s-hat spires.

Behind the arched windows in its granite-gray facade, the ornate interiors include the 18th-century drawing room’s painted ceiling and French Beauvais tapestries, the opulent State Dining Room and the Armoury Hall with some 1300 weapons. Head "below stairs" to the tearoom and old kitchen, explore the grounds on a 1.5-mile woodland walk and overnight in one of the estate’s cottages. 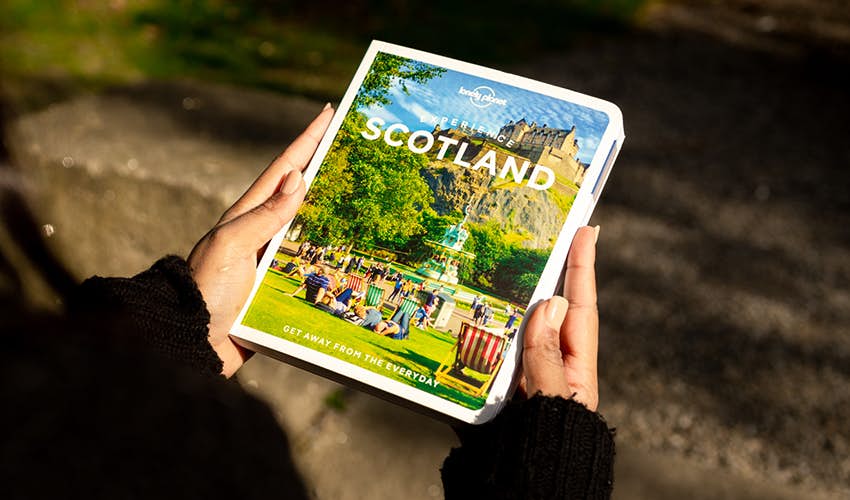 Lonely Planet’s Experience Scotland is your guide to unforgettable experiences and local surprises. Journey to St Kilda, explore the Fife coast and discover Edinburgh’s festivals – all guided by local experts with fresh perspectives.