The top 7 beaches near Liverpool: from family fun to deserted dunes 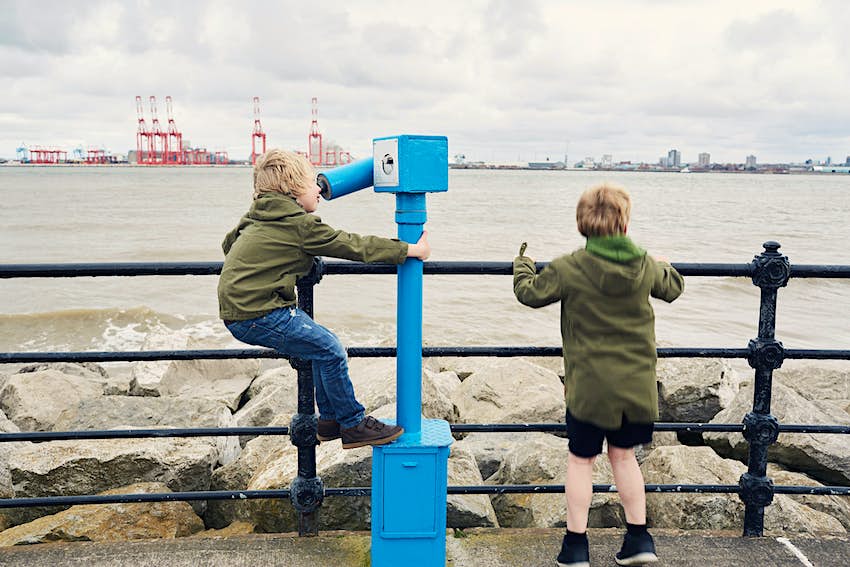 Beaches in Liverpool? Surely not. Okay, so while there may not be any sandy stretches immediately fringing this historic, music-loving city, you will find a handful of the Northwest’s most scenic beaches within striking distance.

The variety is immense, too. Want glorious rolling dunes? Maybe you’re after a lovely backdrop for a sunset stroll? Or how about trying your luck at a few arcade games? Get ready for a fun day out, come rain or shine, at one of the best beaches near Liverpool.

Scout new ways to explore the planet's wildest places with our weekly newsletter delivered to your inbox.

Crosby Beach on the Sefton Coast may not have the prettiest outlook (we’re talking the River Mersey shipping lane to your left and what looks like a hundred offshore wind turbines to your right), but it does have a few things going for it.

For starters, it's one of the closest beaches to the city center and within one of Liverpool’s nicest neighborhoods. It’s also the beach with the Antony Gormley statues dotted across its shoreline. Forming part of the UK artist’s Another Place installation, these 100 cast-iron figures jut out of the sand at regular intervals and cast wonderful shadows throughout the day. They’re particularly striking at sunset when the sun dips below the horizon directly in front of the beach.

Feeling active? At low tide, you can walk north along the shore almost as far as Formby Beach. If you’d rather keep your trip a little more relaxed, venture to the south end of Crosby Beach, where the hip Bus Yard Bar serves up ice-cold beers and tasty street food from a decommissioned double-decker bus.

Miles of golden sand and the chance to spot one of the UK’s most endangered woodland animals are just two of Formby Beach’s many allures. It’s arguably Liverpool’s best beach, and you’ll easily be able to spend a few hours traipsing through the high dunes, lazing around on the shore or braving a swim in the chilly Irish Sea (there are even a couple of lifeguarded sections during the summer months).

A highlight of any trip to Formby is the red squirrel nature walk. It starts at the Victoria Road car park and takes you through tranquil woodland that’s been a protected reserve for decades. Unfortunately, the squirrels are pretty elusive, so sightings are relatively rare.

Few facilities dot the shoreline besides two car parks at opposite ends of the beach. They’re free for National Trust members or a hefty £7.50 for non-members (alternatively, you might find free street parking a short walk away). Formby Beach is immensely popular during the summer months, especially on weekends. Get there early or take the train to Formby to avoid the traffic queues. It’s 30 minutes by foot from Freshfield station, with the route taking you through the red squirrel reserve and straight out onto the dunes.

New Brighton is one of many towns that sit sedately along the Wirral – a peninsula directly west of the city bordered by the Mersey and Dee Estuaries. It sprung up in the 1830s and was originally modeled after the more famous Brighton on the south coast. While its namesake is famously pebbled, New Brighton Beach is one of the many beaches near Liverpool that’s sandy.

It’s dripping in history, too, from the landmark Perch Rock Lighthouse – which you can walk to at low tide – to a red sandstone fortress built in the 1820s to protect Liverpool from potential invasion by the French.

Both kids and art lovers should seek out New Brighton’s Black Pearl. This rugged pirate ship nestled in the sand is crafted out of reclaimed driftwood, a nod to the town’s smuggling heritage during the 17th and 18th centuries.

Don’t have any wheels? New Brighton can easily be reached by train from Liverpool’s three main stations in under half an hour.

Best beach for a swim

Make a beeline for the very top of the Wirral to find this sandy stretch. Wallasey Beach is one of the most popular spots to swim in Liverpool, and, during high season, there are usually lifeguards on duty too. Just remember to keep an eye on the tides – arrive at the wrong time, and you might face a 10-minute walk to the water’s edge.

Not so keen on swimming in the Mersey Estuary? There are plenty of unspoiled dunes to explore, all of which back onto the North Wirral Coastal Park. This tranquil reserve stretches for four miles towards neighboring Leasowe Bay and is crisscrossed with walking trails. Wallasey is another beach easily accessible by train from Liverpool, just one stop after New Brighton.

Southport Beach has been a vacation hotspot since Victorian times, and visitors continue to journey 16 miles up the coast from Liverpool for some sun, sea and thrilling rollercoaster rides. Feeling peckish? Most restaurants fringing the beach serve up fast food; however, a new food hall located in the town’s old indoor market is worth the 20-minute walk. There are more than 10 stalls to choose between. Pitamu serves generously-packed pitas, while Hector’s Mexicana uses locally sourced ingredients to whip up its spicy delights.

As Southport Beach is over 20 miles long, you’re bound to find a quieter spot to sit away from the bustling town center. Swimming can be tricky, though, as the beach is known for its notoriously low high tides, so it’s best to stick to the sand. More active visitors might want to visit Southport’s Marine Lake. It sits directly in front of the beach and features two sailing clubs, pedalo and paddle boarding.

Head to the northwest corner of the Wirral, and you’ll come across this beach. West Kirby is another good swimming spot if you fancy a dip (just keep your eyes peeled for jellyfish!). It’s also inundated with amenities, from public toilets and a sailing club to numerous nearby restaurants.

West Kirby has become one of the Wirral’s trendiest coastal towns, with many of its Tudor-style buildings housing great dining spots and independent bars. Check out Homebrew Tap for a cool pint of craft beer, Marigolds for fish and chips or The Nook for coffee.

A major highlight of West Kirby Beach is the Hilbre Islands. These specks of land are a haven for local birdlife and are possible to reach by foot at low tide. At a leisurely pace, it takes around an hour, and you might just spot a few seals basking on the exposed sand on sunnier days.

Best beach for peace and quiet

Arguably one of the nicest beaches in the Wirral, this gem sits just south of West Kirby and along the mouth of the Dee Estuary. The sand and pebble swathe stretches out for over a mile and is fringed by the Wirral Country Park: a dog walker’s paradise littered with picnic benches and BBQ areas ideal for balmier summer days.

Thurstaston Beach is accessed by walking down a steep and winding set of steps, so come prepared. There are also no facilities on the beach itself. What you do get, though, are uninterrupted views of the North Wales coastline across the water, plenty of space to spread out and fantastic sunsets on clear nights. 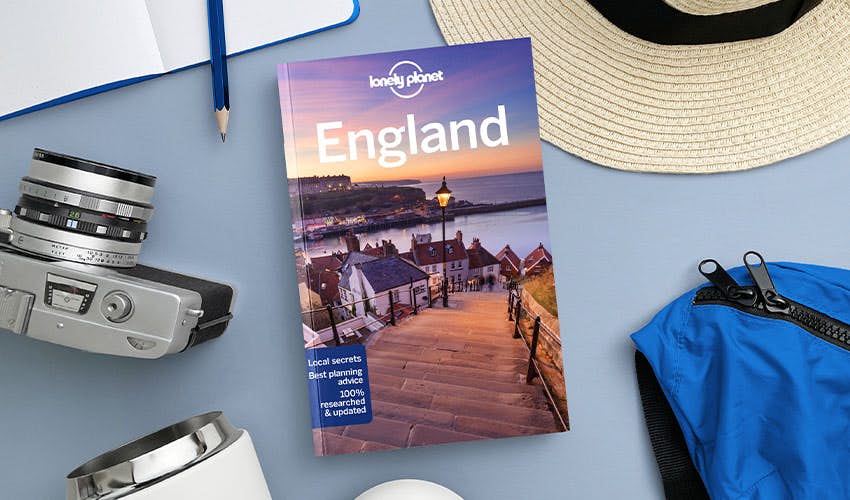 Get to the heart of England with Lonely Planet's travel guide

Lonely Planet’s England is our most comprehensive guide that covers all the country has to offer. Ideal for travelers that are visiting for an extended time and want to tailor their own trip. Experience the charm of the Lake District, gaze up at the dreamy spires of Oxford or kick back in a cozy pub – all with your trusted travel companion.

7 min read • Published about 7 hours ago

5 min read • Published about 18 hours ago